CONCORDE CAPITAL PREDICTS A DECLINE IN INTERPIPE’S REVENUE BY 16% 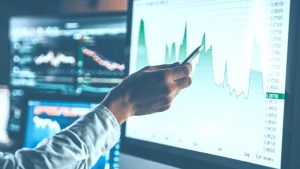 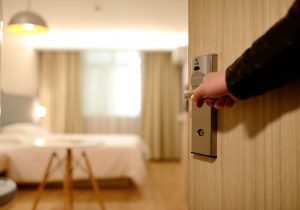 Ukrainian hoteliers predict the late start of the summer season in the country (not earlier than July), at the same time, country hotels will be able to adapt more quickly and start working after the long quarantine.
“Few people want to open summer hotels and beaches before July. The work of restaurants, entertainment centers will also depend on this. Events such as the Odesa Film Festival or concerts in the summer are unlikely to take place. Given the need to keep the pandemic from spreading, the start of the season in June is unlikely,” Managing Director of the five-star Kadorr Hotel Resort & Spa (Odesa) Olena Kalynovska said during the online conference entitled “Hotel Market in Times of Crisis.”
According to Director General of the five-star suburban complex Edem Resort Medical & Spa (the village of Bibrka near Lviv) Oleksiy Voloshyn, it will be easier for resort and country hotels to recover after quarantine ends.
“After quarantine, some hotels and restaurants will not open at all, some will open on the first day, some will decide to wait and open a little later. I believe that resort and country hotels will rise faster than business hotels that are more focused on foreigners and air travel,” he said.
Voloshyn said that the crisis will not hit hard, including Edem Resort Medical & Spa.
“My forecast is very positive: I think that by the end of April we will reach the indicators that we had. This summer we were provided with advance payments for about 40-50 events. These are mainly weddings and celebrations. Today, we don’t have any request for a refund,” the CEO said.
The owner of the family hotel complex Taor Karpaty (the village of Lastivka, Lviv region, 9 km from Skhidnytsia) Olena Sozanska also confirmed the guests’ interest in accommodation outside the city, including during the quarantine period.
“For many guests, this is an opportunity to escape from large cities with their families and protect themselves from infection while living in high-rise buildings. I think there is a demand for such self-isolation in the Carpathians,” she said.
According to Sozanska, the last guest left Taor Karpaty at the end of March, but the facility is ready to receive guests upon request with accommodation for at least five nights.
“We don’t want to close completely, because we are preparing for the summer season and then it will be difficult to start… We are ready to open, but we will receive guests who are willing to check in for a long time – for five and more days. That is, we do not accept booking for one or two days,” she said.
The Good Zone Hotel, a family country complex, is completely quarantined, except for technical services. According to Managing Director Serhiy Rudko, now the facility does not count on a quick resumption of operations.
“Country hotels will come to life a little earlier. Nevertheless, we previously determined two dates when the market would be ready to consume services: optimistic and pessimistic – June 15 and August 15… Removing the quarantine does not mean that demand will recover. Yes, there will probably be domestic tourism, but only in the medium plus segment and above,” he said.

KHARKIV IT CLUSTER PREDICTS 25% INCREASE IN IT INDUSTRY IN REGION 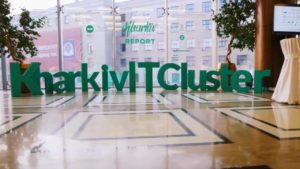 Kharkiv IT Cluster predicts a 25% increase in the IT industry in the region by the end of 2019. “According to the dynamics of the last two years, in 2019 we expect growth in the industry in the region by at least 25% compared with the results of 2018,” Kharkiv IT Cluster CEO Olha Shapoval said, commenting on the results of Kharkiv IT Research 2.0.
According to Kharkiv IT Research 2.0, the demand for experts in the field of information technology in 2019 also exceeds the supply: the companies’ need for specialists is 1.5 times higher than the number of graduates (Kharkiv universities annually graduate more than 2,000 young specialists only in specialized fields).
The authors of the study noted the growing popularity of non-formal education, as well as the creation of corporate training centers within companies that are ready to invest in youth training.
According to the study, by the end of 2018 the IT industry in the region had about 480 service and product companies, and the number of IT specialists exceeded 31,000 people.
In general, according to Kharkiv IT Research 2.0, the IT industry in Kharkiv in quantitative terms grew by 24%, and the total volume reached $962 million in 2018, ensuring a growth of 20%.

Ukraine will be able to sign a new program with the International Monetary Fund (IMF) in the amount of $6-8 billion by the end of 2019 and make necessary payments on foreign debt in 2020 and 2021, Raiffeisen analysts predict. In the document, they noted a high probability of obtaining the majority by the pro-presidential party Servant of the People, which was leading in polls with an indicator of 41.5-52.30%, which will ensure the implementation of reforms promised by President of Ukraine Volodymyr Zelensky, due to which Ukraine will be able to receive IMF support.
According to the analysts, even if it fails to independently form the government, the Servant of the People party can form a coalition with Svyatoslav Vakarchuk’s Holos party, which is supported by 5-7% of the respondents.
“Given the commitment of President Zelensky to reforms, the new government will be able to sign a new three-year program with the fund in the amount of $6-8 billion by the end of 2019,” the report says.
Raiffeisen analysts point out that 40% of payments on Ukraine’s gross external debt are in 2020–2021 ($16.8 billion in 2020 and $18.5 billion in 2021), therefore the government needs a new cooperation program with the IMF as soon as possible. “Even given the full rollover of inter-company loans and the refinancing of 50% of corporate credits, Ukraine will have to pay $12.5 billion in 2020 and $15 billion in 2021,” the document says. 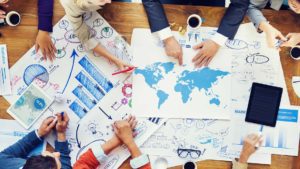