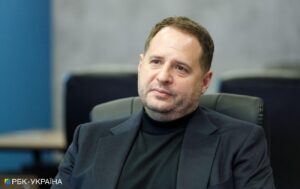 Head of the President’s Office Andriy Yermak at an online meeting with representatives of the world’s leading investment companies spoke about the ongoing bombing of Ukrainian cities, the press service of the President’s Office reports.
“The whole world is talking about the terrible situation in Mariupol today. The situation in Kharkiv, in the settlements around Kyiv, is not much better. But Ukraine will never surrender, will never give up its independence. And the country’s army, which is not a member of NATO, has stopped and continues to fight against one of the largest armies in the world,” Yermak stressed.
He noted that negotiations with the Russian Federation to end the war are not easy, and it is very difficult to predict everything that the parties may eventually agree on. But for Ukraine there are definitely no compromises on its independence, sovereignty and territorial integrity.
Yermak expressed his conviction that Russia’s war against Ukraine had destroyed the structure of not only European, but also world security, and it was necessary to build a new one, where Ukraine would hold one of the key positions.
He also noted that after the end of the war, the Ukrainians will very quickly restore their country. For this, Ukraine plans to attract funds from international partners, as well as reparations that the Russian Federation must pay.
He urged businesses to invest in the purchase of war bonds of the Ukrainian government, and responsible companies that have already left or are leaving Russia to reorient themselves to Ukraine in the future. Also, according to Yermak, it would be right to consider the issue of creating special funds or individual programs for the restoration of Ukraine.
“The best response to the inhuman acts that we are now seeing on the territory of our country will be the appearance of the most modern houses and enterprises on the site of the destroyed buildings, where Ukrainians will be able to work. And we really hope that thanks to this, people who are now forced to leave Ukraine, will quickly return to their homeland,” Yermak concluded. 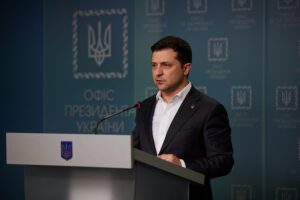 A dialogue on international guarantees for Ukraine should be started and carried out as soon as possible, adviser to the President’s Office head Mykhailo Podoliak believes.
“It is absolutely realistic to talk about security guarantees for Ukraine from the leading powers,” he said on Wednesday, answering a question from Interfax-Ukraine about the feasibility of developing a guarantee mechanism in the face of a sharp deterioration in relations between the West and Russia.
“For example, Ukraine’s accession to the European Union can be seen as the initial element of such guarantees. But a substantive dialogue on safeguards must be initiated and carried out as quickly as possible. Our partners know exactly what this means. Now is not the time to reveal details publicly, but it is definitely the time to implement a workable safeguards model,” he said.

HEAD OF PRESIDENT’S OFFICE: UKRAINE AND RUSSIA OUTLINE CERTAIN DECISIONS AT TALKS, THEY LEAVING FOR CONSULTATIONS 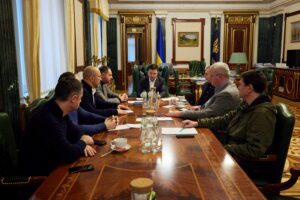 Ukraine and Russia outlined certain decisions during the negotiations, Mykhailo Podoliak, adviser to the head of the President’s Office of Ukraine said.

“The Ukrainian and Russian delegations held the first round of talks today, the main purpose of which was to discuss the issues of a ceasefire on the territory of Ukraine and hostilities. The sides identified a number of priority topics on which certain decisions were outlined,” he said.

“In order for these decisions to get some opportunities for implementation, logistical solutions, the parties leave for consultations in their capitals. The sides discussed the possibility of holding a second round of negotiations in the near future, at which these topics will receive concrete development practice,” he said.

According to Russian presidential aide Vladimir Medinsky, the next meeting “will be held in the coming days on the Polish-Belarusian border, there is a corresponding agreement.” 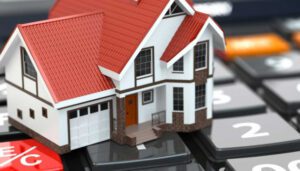 The Office of the President is planning a large-scale reboot of the Ukrainian Financial Housing Company (UkrFinZhytlo), Deputy Head of the Presidential Office Rostyslav Shurma has said.
“Our goal is to make an accessible and understandable mortgage product with an effective cost of about 5% per annum in hryvnia in three to four months… As for instruments, we are planning a large-scale restart of UkrFinZhytlo as one of the main drivers of mortgage lending,” he said during the 2022 – Time to Lend forum on Friday.
According to Shurma, UkrFinZhytlo should work both directly and in partnership with banks.
Oleksiy Kireev will head UkrFinZhytlo, Shurma added.
“We plan to launch a whole block of programs to support different sectors of the economy in different priority areas in 2022,” the deputy head of the President’s Office said.
As reported, on December 24, the Ministry of Finance terminated the powers of the head and members of UkrFinZhytlo, Viktor Katrenych, Liudmyla Shemelynets and Natalia Marchenko. On January 14, the duties of the head of the board were assigned to the director of the legal department, Dmytro Verbytsky. 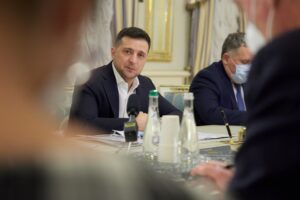 Head of the President’s Office of Ukraine, at a meeting with the ambassadors of the G7 countries and the European Union, informed the diplomats about the progress of the corporate governance reform of state-owned companies, the press service of the head of state said on Thursday evening.
“The Head of the President’s Office invited the ambassadors and their countries to join the preparation of the draft law on improving corporate governance of legal entities, the shareholder of which is the state, which will ensure the implementation of modern international standards in Ukrainian legislation,” the message says.
In turn, Deputy Head of the President’s Office Yulia Svyrydenko noted that the goal is to clearly delineate the functions of the state as a shareholder and to prescribe transparent criteria for evaluating supervisory boards. 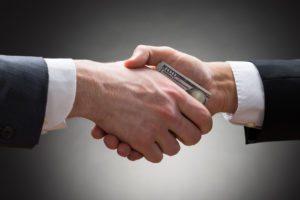 Deputy Head of the Presidential Office of Ukraine Ruslan Riaboshapka has said new heads of Ukraine’s National Agency on Corruption Prevention (NACP) will be appointed in the coming months. “We have ‘lost’ the NACP chief. Probably, taking into account your harsh comments, he decided not take any risks and wrote a letter that he would not attend today’s meeting. I think that in two months we will have a new NACP head. In order to execute your instructions, a draft law has been written. We will wait for the new parliament to start work before submitting it,” Riaboshapka said on Thursday in Kyiv during a meeting of the national council on anti-corruption policy chaired by Ukrainian President Volodymyr Zelensky.
NACP is headed by Oleksandr Manhul.