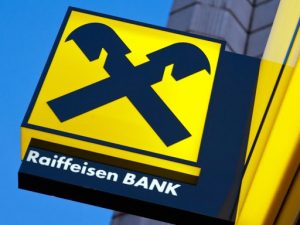 Raiffeisen Bank International, an Austrian banking group that includes Raiffeisen Bank Aval (Kyiv), has moved the development of its digital banking to Ukraine, according to the Austrian publication Der Standart.
“Software developers (IT was divided into about 30 small flexible divisions) worked on the corresponding applications called Digital Banking Engine for some time. The team in Vienna consisted of 45 people, 33 of whom are internal employees. However, at the end of May the project was moved to Ukraine. IT staff was informed about this on May 25,” the publication said.
The Ukrainian IT company Edenlab will be engaged in further development.
Raiffeisen Bank International is an international banking group headquartered in Vienna. It has almost 47,000 employees, 16.7 million customers and about 2,000 branches, most of which are located in central and eastern Europe.

Ukraine will be able to sign a new program with the International Monetary Fund (IMF) in the amount of $6-8 billion by the end of 2019 and make necessary payments on foreign debt in 2020 and 2021, Raiffeisen analysts predict. In the document, they noted a high probability of obtaining the majority by the pro-presidential party Servant of the People, which was leading in polls with an indicator of 41.5-52.30%, which will ensure the implementation of reforms promised by President of Ukraine Volodymyr Zelensky, due to which Ukraine will be able to receive IMF support.
According to the analysts, even if it fails to independently form the government, the Servant of the People party can form a coalition with Svyatoslav Vakarchuk’s Holos party, which is supported by 5-7% of the respondents.
“Given the commitment of President Zelensky to reforms, the new government will be able to sign a new three-year program with the fund in the amount of $6-8 billion by the end of 2019,” the report says.
Raiffeisen analysts point out that 40% of payments on Ukraine’s gross external debt are in 2020–2021 ($16.8 billion in 2020 and $18.5 billion in 2021), therefore the government needs a new cooperation program with the IMF as soon as possible. “Even given the full rollover of inter-company loans and the refinancing of 50% of corporate credits, Ukraine will have to pay $12.5 billion in 2020 and $15 billion in 2021,” the document says. 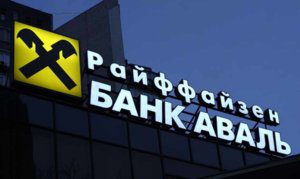 Raiffeisen Bank Aval (Kyiv), which earlier was a potential bank for sale, seeks to step up development in the coming years, First Deputy Board Chairman Gerhard Bösch has said. “In the past two years we showed a marked increase in Ukraine and we have ambitious plans regarding business growth in the next three years,” he said at a press conference. Bösch did not give the details of the plans. He expressed doubt that the previous plans of Raiffeisen Bank International AG (RBI, Austria) to sell the Ukrainian subsidiary are remain in force.
“I do not know if these negotiations are held. They were held in 2013 and were stopped along with the events in Maidan. In 2017, Raiffeisen Bank Aval showed itself as the most profit-making bank in the RBI group. We consider ourselves the best asset in the group, and as a rule, these assets are not sold,” he said.
Raiffeisen Bank Aval was founded in 1992. As of June 30, 2017, Raiffeisen Bank International (RBI, Austria) owned 68.28% of the Ukrainian bank’s charter capital, while the European Bank for Reconstruction and Development (EBRD) held 30%.
Raiffeisen Bank Aval ranked fifth in terms of assets worth UAH 72.108 billion among 84 operating banks as of January 1, 2018, according to the National Bank of Ukraine. 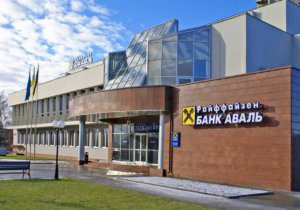