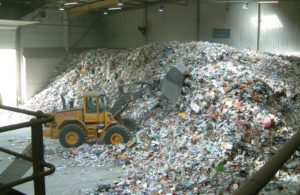 It is planned to build a waste recycling plant with a total annual capacity of 700,000 tonnes of waste in Kyiv, which will also sort waste, the press service of the Kyiv City Administration has reported.
“The city plans to build a waste recycling complex, which will have a total annual processing capacity of 700,000 tonnes and will include a sorting stage,” the administration said.
According to Deputy Chairman of the Kyiv City Administration Petro Panteleyev, Kyiv has clear plans for gradually quitting the technology of waste disposal as obsolete and environmentally dangerous one.
He also recalled that the National Waste Management Strategy was adopted in October 2017, and the National Plan in February 2019.
“The updated legislative base works only a few months. Nevertheless, the Kyiv city is preparing its own regional waste management plan for Kyiv. This is a comprehensive document, being agreed with the Regional Development, Construction, Housing and Utilities Economy Ministry and the Ecology and Natural Resources Ministry,” the deputy head of the administration said.
In addition, Panteleyev said that Kyiv had refused placing a waste recycling plant near combined heat and power plant 6 (CHPP-6) in Troyeschyna district (Desniansky district of Kyiv).
“I want to immediately say that there was no speculation and gossip. The city refused to build a waste recycling plant near CHPP-6,” the deputy head of the administration said.

MS Social Project LLC (Kyiv), part of ICU Group, has announced the construction of Ukraine’s largest plant for recycling unsorted household solid waste using a special technology in Zhytomyr.
“The plant is expected to process about 82,000 tonnes of waste annually,” according to a report the company’s website.
“The technology provides for a closed semi-automatic waste treatment system consisting, in particular, of an installation for processing mixed and pre-sorted waste, a technology for the production, grinding and packaging of RDF fuel (for cement plants), a plant for processing biodegradable waste and eco-compost production, sites for recycling household and construction waste, as well as roof solar panels. The possibility of compost production using an anaerobic process is being considered,” the report says.
The processing depth of this technology is expected to reach 85–95%.
MS Social Project announced its intention to build the plant in July 2018, the investment volume was estimated at EUR 7-10 million. 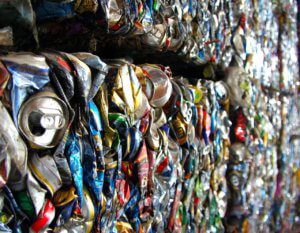 Municipal enterprise Kyivkomunservice has started accepting applications for a tender to select the provider of waste recycling and disposal services in Kyiv, the press service of the Kyiv City Administration has reported. According to the report, the applications can be submitted before September 28.
According to the tender documentation on the website of the company, the minimum capacity of the recycling enterprise should be 426,000 tonnes, while the annual volume of household waste produced in Kyiv is 1.2 million tonnes.
The new waste processing plant should be located near the geographical center of Kyiv.
Participants in the tender should have experience in creating and operating waste recycling facilities. The winner of the tender will be obliged to provide waste treatment services for at least 25 years from the time the facility is put into operation.
The first stage of the tender is the assessment of contestants’ complying with the qualifying conditions, it will begin in late September. The second stage involves evaluating proposals from participants in the competition.
As reported, with reference to Kyiv Mayor Vitali Klitschko, the new waste recycling plant in Kyiv is to be built within the next two or three years. 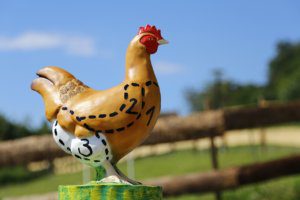