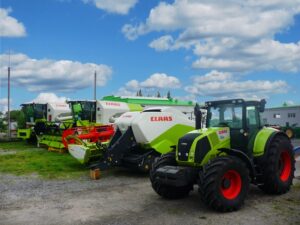 On Tuesday, the government of Ukraine allocated an additional UAH 2.3 billion to the Affordable Loans 5-7-9 program, under which the Cabinet of Ministers compensates the interest rate, Prime Minister Denys Shmyhal said.
“We have also reformatted this program. Now every entrepreneur can get a loan at 0% in the amount of up to UAH 60 million. The state will pay the interest to the bank,” he said in his address on Tuesday evening.
Shmygal stressed that the restart and resumption of business is a necessary condition for the sustainability of the economy.
The prime minister also noted that the government is providing assistance to farmers, and the sowing campaign has already begun in all regions, except for Luhansk.
“We have provided them (agrarians) with concessional financing for UAH 3.5 billion. At today’s meeting of the government, they decided to simplify the registration of agricultural machinery as much as possible. We are doing this so that sowing work in the field does not stop anywhere,” Shmyhal said.
Earlier on Tuesday, the Ministry of Finance announced that within the framework of the program “Affordable loans 5-7-9” from February 21 to April 11, 1,391 loans were issued for a total of UAH 3.95 billion. 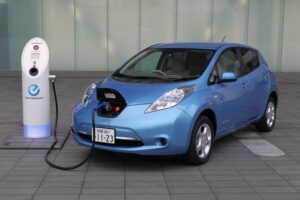 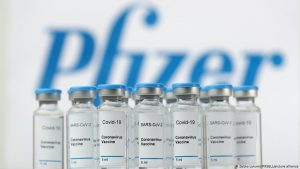 The pharmaceutical company Pfizer will soon provide documents for registration of a vaccine against coronavirus (COVID-19) disease in Ukraine, Deputy Minister of Health, Chief Sanitary Doctor of Ukraine Viktor Liashko said during a press briefing in Kyiv on Friday.
“Yesterday we had a telephone conversation with Pfizer headquarters. We were assured that all documents for vaccine registration in Ukraine will be submitted in the near future. The vaccine will be used only after registration,” he said.
Liashko recalled that vaccination in Ukraine would be free and voluntary.
“Vaccinations will be carried out by mobile teams, consisting of two nurses, a doctor, a registrar and a driver. They will provide organized professional teams [medical institutions, social institutions, and military units] with vaccinations at the first stage […] From February 5, we start medical trainings for doctors and regional coordinators to ensure logistical and coordination cooperation between the national, regional and vaccination rooms,” the deputy minister said.
At the same time, he said that the country had the necessary capacities for storing vaccines.
“We have capacities for storing vaccines with a temperature regime of minus 80 degrees Celsius and a temperature regime of plus 2 degrees Celsius. As for the latter, the state-owned enterprise Ukrvaktsyna can store about 30 million doses of vaccines. There are 25 warehouses at the regional level where it is possible to store the three-month need for vaccine. In addition, there are 490 district storage points and refrigeration equipment at vaccination points. We will closely monitor that the cold chain is observed,” Liashko said.
“At the same time, we have submitted an application to the European Investment Bank and we want to update all the refrigeration equipment in the vaccination rooms – even the one used for routine immunization,” he said.
Liashko said that citizens of Ukraine who are in the temporarily occupied territories of Donetsk and Luhansk regions and the Autonomous Republic of Crimea will also be provided with access to free and voluntary vaccination at vaccination points, which will be located in the territory controlled by Ukraine. 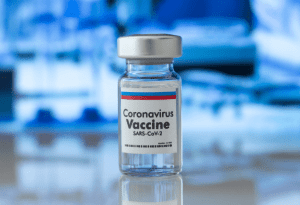 The pharmaceutical company JSC Biolik (Kharkiv) confirmed that on December 31, 2020, it submitted an application to the Ministry of Health of Ukraine for registration of the Sputnik V vaccine against COVID-19 developed in Russia.
“In connection with numerous inquiries, the administration of JSC Biolik informs that on December 31, 2020 we did send to the Ministry of Health of Ukraine an application for state registration of a medicinal product – vaccine Gam-COVID-Vac, combined vector vaccine for the prevention of coronavirus infection caused by SARS-CoV-2 virus, produced by the Gamaleya Research Institute of Epidemiology and Microbiology of the Russian Federation,” the company’s press service said.
The text of the statement was also made public.
As reported, earlier, head of the political council of the Opposition Platform – For Life party Viktor Medvedchuk said that on December 30, the Biolik pharmaceutical company applied to the Ministry of Health of Ukraine and the State Expert Center of the Ministry of Health with an application for state registration of the Sputnik V coronavirus vaccine.
On January 4, the State Expert Center, with reference to its head Mykhailo Babenko, told Interfax-Ukraine that “as of 11:00 of January 4, 2021, the State Expert Center didn’t receive applications for registration of any vaccines against COVID-19 from the company Biolik.
The Sputnik V vaccine has not passed the third phase of clinical trials.
In turn, Deputy Minister of Health, Chief Sanitary Doctor of Ukraine Viktor Liashko assured that only those vaccines against coronavirus infection that have successfully completed clinical trials will be used in Ukraine, “therefore, all rumors and political statements about the state registration of the Russian vaccine candidate in Ukraine do not correspond to reality.” Liashko said that according to available data, the completion of the third phase of clinical trials of the Sputnik V vaccine is scheduled for December 2021.
In early December, the Russian Direct Investment Fund announced readiness of JSC Biolik (Kharkiv) to produce the Russian Sputnik V vaccine against COVID-19 in Ukraine. At the same time, Biolik company denied that statement then.

Registrations of electric vehicles in Ukraine in Jan-Nov decreased by 2% to 6,823 units 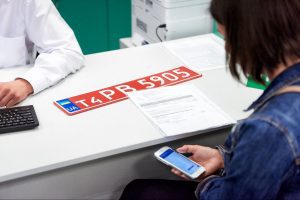 Initial registrations of electric vehicles (new and used) in January-November 2020 decreased by 2% compared to the same period in 2019, to 6,823 units, including 92% of used cars, the Ukrautoprom association reports.

Thus, in the 11 months, the market of electric vehicles turned to negative dynamics, while over the ten months there was still a slight increase (by 1%), despite the drop in sales in October by 15%, and in the seven months, the growth was 7%.

This situation is due to the fact that, according to the association, in November compared to the same month of 2019 the number of registrations of electric cars decreased by almost 28% from November 2019, to 514 units (481 passenger cars and 33 commercial vehicles), which is also almost 22% less than in October 2020.

However, at the same time, the report states, the share of new cars increased to 10% from 6% in November last year, used electric cars from abroad were purchased by 461 persons (31% less than a year earlier), while the demand for new cars rose by 29%, to 53 units.

The most popular passenger electric car remains Nissan Leaf (126 cars were bought in November). The top five cars also include Chevrolet Bolt with 69 units, Tesla Model 3 with 55 units, Tesla Model S with 36 cars, and BMW i3 with 23 vehicles.

Commercial electric vehicle statistics for November were formed by Renault Kangoo Z.E. with 26 vehicles and NISSAN e-NV200 with seven units. 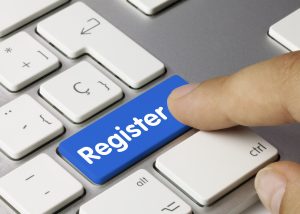 The Cabinet of Ministers will approve a resolution facilitating the registration of international technical assistance and will replace the wording “donors” with “partners in development,” Prime Minister Denys Shmyhal has said.
“We are planning to approve a resolution that will relax the registration procedure for international technical assistance… In addition, now the concept of “donors” has been replaced by “partners in development,” Shmyhal said, opening a government meeting on Friday.
“This is the kind of relationship we want to develop with colleagues – partnership for the sake of development,” he said.