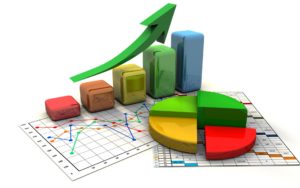 Ukraine has headed the Work Program on Collection and Reporting of Statistical Data of the World Trade Organization (WTO), the Ministry of Economic Development and Trade has reported.
“On February 25-27, 2019, for the first time in the history of its membership in the organization, Ukraine was elected the head of the Work Program on Collection and Reporting of Statistical Data within the framework of a meeting of the committee on the WTO Government Procurement Agreement,” the ministry said.
Prior to this, the program was headed by the United States, it said.
Among the main directions of the program, which were voiced by the Ukrainian delegation, is the development of a unified methodology for collecting and reporting public procurement data of the member countries of the Government Procurement Agreement, and further expanding the use of the Open Contracting Data Standard (OCDS) in the public procurement sector of the Organization for International Economic Cooperation.
Ukraine joined the WTO Government Procurement Agreement in 2016, as a result, Ukrainian companies received the right to participate in public procurement of 47 GPA member countries.
The total volume of the WTO government procurement market is estimated at $1.7 trillion annually.