KYIV CITY APPROVES LEASING OF 22.2 HA FOR OFFICES AND RESIDENTIAL BUILDINGS IN UNIT.CITY 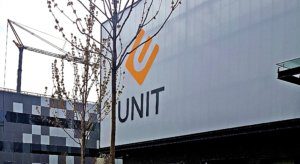 The Kyiv City Council at a session on Thursday, September 20, made a decision to lease two land parcels with a total area of 22.2 ha located at 8, Simyi Khokhlovykh to companies UNIT Zhytloinvest and UNIT Holdings to build a residential and office complex. A total of 71 lawmakers backed the lease of 8.2 ha land parcel to UNIT Zhytloinvest and 83 lawmakers supported the lease of 14 ha to UNIT Holdings. As reported, KAN Development and UDP in 2019 will start building a residential complex of 170,000 square meters in Kyiv-based UNIT.City innovative park. The share of housing will be around 30% of the park.
The project provides a mix of housing of business and comfort classes. The construction is scheduled to begin in 2019, and the first stage, which will account for 15% of the total area (about 25,000 square meters), will be commissioned in 12-14 months.
KAN Development is also engaged in joint development for the construction of a six-story business center on UNIT.City’s area. Its commissioning is planned before the end of 2018. Its total area is about 13,000 square meters. At the same time, preliminary lease agreements have already been signed for 90% of the area. Under this project, UDP and KAN Development act as co-investors.
Apart from housing, UNIT.City will also have a university, a school, a kindergarten in the future.
As reported with reference to founder of the UFuture investment group and K.Fund Vasyl Khmelnytsky, it is planned that the area of the UNIT.City innovation park in Kyiv will be expanded to 26 hectares from 19 hectares (as of May 2018).
The UNIT.City innovation park officially opened in April 2017 on the territory of the former Kyiv Motorcycle Plant. Its territory comprises the Chasopys-UNIT co-working facility, IT school UNIT Factory, three laboratories, a business campus, a fund and five accelerators.
According to UNIT.City’s website, four new business campuses, three accelerators, four funds will be created in the park before 2019. The number of resident companies will be increased to 100. By 2025, the park should include 25 hectares of space for work and leisure, as well as more than 300 companies and R&D laboratories. 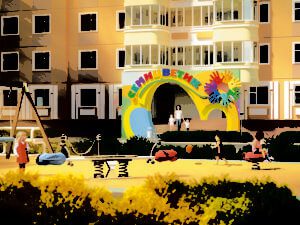 The Regional Development, Construction, Housing and Utilities Economy Ministry of Ukraine has drawn up the updated national construction requirements allowing the placement of pre-school educational centers on the first two floors of residential high-rise buildings. “We want to expand opportunities for kindergartens located in residential buildings. We previously built kindergartens attached to buildings. Now we divided them into groups: if the children stay in the kindergarten until 16:00, they can be located in buildings, the same requirements apply to kindergartens with up to 80 children. Kindergartens 120 children can be located in attached premises, and maybe later we can expand these requirements to 160 children,” the press service of Deputy Minister Lev Partskhaladze said, citing him.
“In many cases, especially in the central districts of large cities, there is not even enough space to place a new separate preschool educational institution. The ability to design small kindergartens in residential buildings or attached to them will significantly reduce this disparity and provide residents with the necessary social infrastructure, where there is no possibility to build separate preschool educational institutions,” Partskhaladze said.