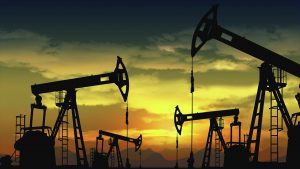 JV Poltava Petroleum Company (PPC) has accrued UAH 325.3 million in royalty for 2020, which was 57.5% of the 2019 figure (UAH 564.9 million), PPC said in a press release on Tuesday.
“Lower demand and falling prices for hydrocarbons led to a reduction in the company’s drilling program, which led to a decrease in production, and, accordingly, a decrease in rental income. So, in 2019 JV PPC counted UAH 564.9 million in royalty, which is almost twice more than in 2020,” the company said.
As reported, the company in 2020 reduced gas production by 15% compared to 2019 – to 238.9 million cubic meters, oil and condensate by 5%, to 45,600 tonnes.
At the same time, in 2019, PPC increased gas production by 55%, oil and condensate – by 41%.
Since the beginning of 2020, PPC has drilled three new wells, drilled two sidetracks and seven workovers.
JV Poltava Petroleum Company is a Ukrainian-British joint venture established in 1994 and is a subsidiary of JKX Oil & Gas Plc.

KOLOMOISKY PROPOSES TO INCREASE IRON ORE PRODUCTION ROYALTY FROM 8.8% TO 75%

Ukrainian businessman Ihor Kolomoisky has proposed to increase the iron ore production royalty from 8.8% to 75%. “… If you export raw materials [from the country], then give back at least 75% from $80 per tonne – this is $60, and keep $20,” Kolomoisky said in an interview with the Censor.net ezine.
According to the businessman, these current royalty rates stimulate the export of raw materials.
“However, there is a second option – don’t sell ore right away!.. Produce steel – you have capacities, and instead of loading enterprises you reduce capacities, because now it is easier for you to sell ore, and not engage in production,” Kolomoisky said.
In addition, he stated the need for nationalization of the largest enterprises and the development of mineral resources.
“For the salvation of Ukraine, the universal nationalization of large state-forming enterprises plus the nationalization of the deposit development, that is, in several sectors, we need state capitalism,” the businessman said.