UKRAINE WILL BE ABLE TO EXPORT THROUGH THE EU WITHOUT ITS SEAPORTS NO MORE THAN 1.5 MLN TONS OF GRAIN PER MONTH – DEPUTY MINISTER 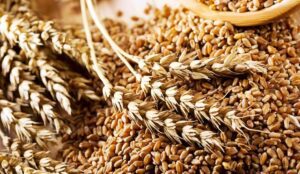 The export of Ukrainian agricultural products through the EU countries, including taking into account deliveries through the Danube river ports, cannot exceed 1.5 million tons per month under any circumstances, while before the blockade of its seaports by the Russian troops, the country could transship more than 5 million tons per month. million tons of agricultural crops per month.
The opinion about the need for Ukraine to work on the launch of new logistics routes and export directions was expressed by First Deputy Minister of Agrarian Policy and Food Taras Vysotsky during the expert discussion “Blocked trade: can Ukraine increase export capacity” on Friday.
“We preliminary calculated that up to one and a half million tons is still the maximum. Therefore, I think that we can count on this until May, and then only alternative directions,” Vysotsky said.
He clarified that Ukraine has enough agricultural products for export, and Ukrainian farmers can supply as much grain as they need to foreign markets, and the volume of its exports is limited only by logistics.
As reported with reference to the Minister of Agrarian Policy Mykola Solsky, in April 2022 Ukraine exported 1.09 million tons of grain mainly through Romanian ports, which is more than five times higher than in March.
According to him, most of the export deliveries from Ukraine were carried out in April through the river ports of the Danube, since the Ukrainian Black Sea ports are blocked by Russian warships.
At the same time, the logistics of Ukrainian agricultural products through Romania may become more complicated and slow down in June, when a new crop of Romanian, Serbian, Hungarian and Bulgarian winter wheat and barley will begin to arrive at the seaports of this country and will create competition with supplies from Ukraine.

IN JAN-MAY SEAPORTS OF UKRAINE HANDLED 55.4 MLN TONNES OF CARGO 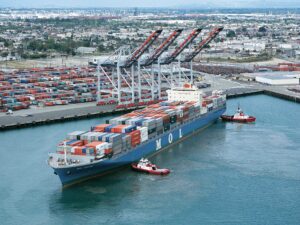 SEAPORTS OF UKRAINE REDUCE CARGO HANDLING BY 20% IN Q1 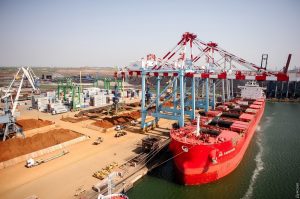 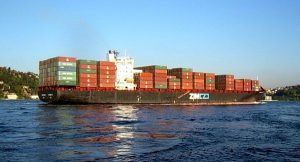 The seaports of Ukraine in 2020 handled 158.86 million tonnes of cargo, which is almost equal to the figure for 2019, the press service of the Ministry of Infrastructure reported, citing Minister Vladyslav Krykliy.

“Despite the pandemic and the crisis in 2020, the seaports of Ukraine continued to operate and made great efforts to maintain a sufficient level of transshipment. The result of this work is almost 160 million tonnes of cargo handled per year, which practically reaches the pre-crisis level last year. 2020 was the year of signing first concession agreements in the maritime industry in the ports of Olvia and Kherson with an investment of UAH 3.7 billion for their further modernization and development. And we continue to work on new concessions in the region in 2021,” he said.

The ministry notes that over the year, the transshipment of exported cargo increased to 122.84 million tonnes (1.5% more), cabotage cargo to 2.37 million tonnes (10.7% more). At the same time, negative dynamics of import and transit cargo was recorded.

Most of all the ports handled grain and ore with 48 million tonnes and 44.22 million tonnes, respectively. At the same time, the transshipment of ore over the year increased by 18.5%, ferrous metals by 8.6%, and oil by 2.2 times. Transshipment of containers reached 1.05 million TEU and exceeded the previous year’s figure by 4.1%. 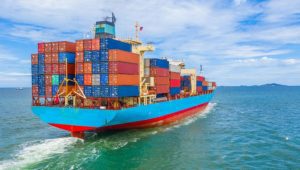 Ukrainian seaports in January-November of this year handled 145 million tonnes of cargo, which is 1% more than in the same period last year, representatives of the Ukrainian Sea Ports Authority (USPA) said during the EBA Infrastructure Day on Thursday.
According to the USPA, the export of goods for 11 months-2020 increased by 3.6%, imports decreased by 8.3%, transit – by 10.3%.
“Exports increased due to such cargo as ore and metal, imports decreased due to ore and coal, transit decreased due to a reduction in ore supplies from the Russian Federation through the port of Pivdenny,” the USPA reported.
According to the published information, in the structure of cargo handling, grains make up 30% of cargo, ore – 28%, ferrous metals – 11%, containers – 8%, other bulk cargo – 6%, oil – 4%, etc.
Most of the cargo (28%) was handled by four seaports: Pivdenny, Mykolaiv, Odesa and Chornomorsk.
As reported, the seaports of Ukraine in 2019 handled 160 million tonnes of cargo, which is 18.4% more compared to 2018.

THE SEAPORTS OF UKRAINE IN JANUARY-OCTOBER 2020 HANDLED 132.05 MILLION TONNES OF CARGO 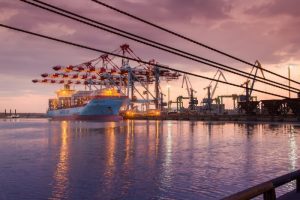