UKRAINIAN METINVEST TO SUPPORT FORUM ON DECARBONIZATION OF STEEL INDUSTRY 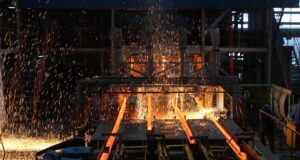 Metinvest, an international vertically integrated mining and metallurgical group of companies, will act as the general partner of the international forum “Decarbonization of the Steel Industry: a Challenge for Ukraine,” which will be held in Kyiv on July 14, 2021.
According to the company’s press release, an event on the topic that has been discussed by the entire international community in recent years will be held in Ukraine for the first time.
As noted, for many years of operation, Metinvest has been striving to reduce the negative impact of production on the environment. Over the past 10 years, the group has allocated more than $ 3.4 billion for environmental initiatives and is committed to further reducing its carbon footprint to combat climate change.
Meanwhile, achieving carbon neutrality will be a big challenge for Ukrainian companies, as it involves a complete change in production processes and supply chains. In addition, the necessary technologies that will make the country’s economy carbon-free are only at the research stage. To develop a detailed roadmap for the transition to a “green” industry requires interaction between manufacturers, engineering companies, consumers, suppliers and the government.
Yuriy Ryzhenkov, the director general of Metinvest, stressed that the industry is facing a serious task that will affect the life of the entire country.
“Decarbonization can completely change both production and technologies. The sooner business and the state develop a unified approach to achieving carbon neutrality, the easier this process will be for the Ukrainian economy,” the top manager stated.
The forum is organized by GMK Center, an information-analytical and consulting company working in the field of metallurgy and industry. At the forum it is planned to discuss issues related to decarbonization of steel production, existing and promising technologies, plans of companies to reduce CO2 emissions and interaction with the state in this direction. The event will be attended by the representatives of mining and metallurgical companies, international engineering, consulting and R&D companies, as well as government officials, business associations and industry experts.