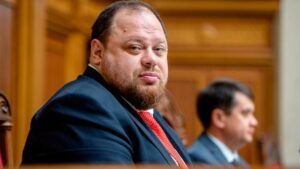 Ukraine is preparing for any scenario of the development of events associated with an artificially created migration crisis on the border with Belarus, Chairman of the Verkhovna Rada Ruslan Stefanchuk has said.
“We in Ukraine are preparing for any scenario of the development of events. Now there is no influx of migrants to the borders of our state. At the same time, we see that the tactics of actions related to illegal migration from Belarus to the EU countries are ambiguous, every day something changes in it,” Stefanchuk said at the 11 session of the Interparliamentary Assembly of the Verkhovna Rada, the Seimas of Lithuania and the Senate of Poland in Warsaw on Monday.
He said that Ukraine is strengthening the border with Belarus and constantly consults at the ministerial level with the Polish and Lithuanian sides.
“The Ukrainian side takes extremely seriously the situation on the EU border with Poland and Belarus. Today we are in complete solidarity with the Polish side: the migration crisis is artificially created by Russia and Belarus. What is happening on the EU’s eastern border is a challenge not only to our countries, but also a challenge to the entire civilized world. We are talking, among other things, about checking the ability of the EU and NATO to be consolidated in confronting modern challenges and threats,” Stefanchuk said.
According to him, Russia’s absorption of Belarus and its transformation into another Russian military base on the borders with the EU and NATO poses an immediate threat not only for Ukraine, but for the entire region. 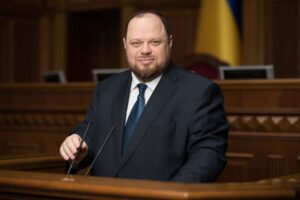 The Verkhovna Rada has supported the appointment of Ruslan Stefanchuk, who previously held the post of First Deputy Speaker, to the post of Chairman of the Parliament.
The corresponding decision was supported by 261 MPs at a plenary session on Thursday.