TURKISH COMPANY WILL REPAIR 47 KM OF ROAD IN UKRAINE 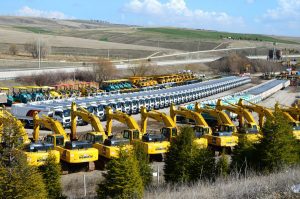 The road service in Ternopil region and the Turkish company Onur Group have signed an agreement for the repair of 47 km of the road between Ternopil and Berezhany on the M-12 Stry-Ternopil-Kropyvnytsky-Znamyanka route.
The State Agency of Automobile Roads of Ukraine (Ukravtodor) reported on its Facebook page the work will start in the second half of March. It is planned that the vehicles will move from the village of Pidhorodne to the west. Part of the work, as noted by the winner of the tender, will be performed by a subcontractor.
“This section is the first new object of the Big Construction project in 2021 in Ternopil region. The repair of the M-12 highway is a priority of the presidential program, because together with the M-04 highway it will form a new route dedicated to the 30th anniversary of Independence. The M-30 highway will be to run from Stry (Lviv region) to Izvaryne (Luhansk region) and will be the longest in Ukraine. The total length of the road will be 1,392 km. It will symbolically “sew” the west of the country and the east, including the temporarily occupied territories captured by occupation forces, and after the victory over them, the road to this village will also be restored,” Ukravtodor said.
The agency notes that a section of the future M-30 Stry-Izvaryne highway in Ternopil region runs from the borders of Ivano-Frankivsk and Khmelnytsky regions through Ternopil. From the regional center to the border of Khmelnytsky region, it was restored in 2018. And from Ternopil through the city of Berezhany to the borders of Ivano-Frankivsk region, this road has not been repaired since the 1990s.
Onur Taahhut, founded in 1991, carries out the construction of roads, bridges, abutments, structures and road reconstruction works. The company has successfully implemented important projects in Croatia, Ukraine, Tunisia, Moldova, Oman, Equatorial Guinea and Turkmenistan. It has experience in performing construction and installation works at infrastructure facilities throughout Ukraine. 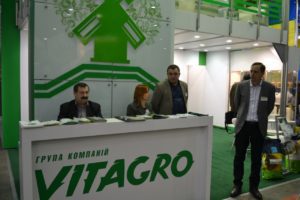 Vitagro Group through private enterprise Agrarian Company 2004 (Khmelnytsky region) plans to acquire 95.22% of the shares of PrJSC Skala-Podilsky Rozsadnyk (Skala-Podilsky seedling farm, Ternopil region).
According to a report by Agrarian Company 2004 in the information disclosure system of the National Securities and Stock Market Commission, the private company intends to acquire common registered shares of Skala-Podilsky seedling farm in the amount of 1.699 million pieces.
Vitagro unites agricultural enterprises in Khmelnytsky, Rivne, and Ternopil regions. It is engaged in the production and processing of crops, including fruits and vegetables, dairy farming, pig breeding, as well as the construction and repair of roads, production of bricks.
The land bank of Vitagro is about 60,000 hectares.
The owner of the company is Verkhovna Rada deputy Serhiy Labaziuk.