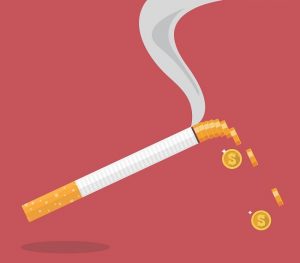 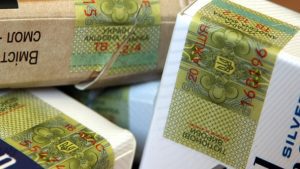 The American Chamber of Commerce in Ukraine has called on Head of the Verkhovna Rada Committee on Finance, Tax and Customs Policy Danylo Hetmantsev to amend the Tax Code of Ukraine regarding the excise tax rate on heated tobacco products, according to the organization’s website.
“Since January 2021, law No. 466 has increased the tax rate on heated tobacco products by 320%. In the current economic realities, such a sharp increase in tax can lead to devastating consequences for the market and the economy of the country, since a significant increase in the price of such products will contribute to growth of illegal market, as a result of which the state will not receive the planned budget revenues,” the organization said.
According to the companies-members of the chamber, the plan to increase the excise tax rate on cigarettes needs to be amended by increasing it until 2030 with a 10% annual rate increase, as well as maintaining the current ad valorem component of the excise tax. At the same time, from January 1, 2021, the amount of excise tax is UAH 1,456 per 1,000 pieces with an annual tax rate increase of 20% to UAH 2,517 in 2024.
According to the American Chamber of Commerce, from January 1 of this year, the amendments introduced by law No. 466 also make it impossible to sell, transport and store liquids for electronic cigarettes already produced in 2020. Such restriction deprives tobacco companies of the opportunity to exercise their right to property, including storing, transporting, selling or exporting products outside the customs territory of Ukraine, the message said.
As reported, on January 16, 2020, the Verkhovna Rada adopted law No. 1210, which introduced amendments to the Tax Code, increasing the excise tax rate on heated tobacco products four-fold from January 1, 2021.