TOURISM FEE FOR FOREIGN TOURISTS IN KYIV TO BE UAH 41.73 PER NIGHT 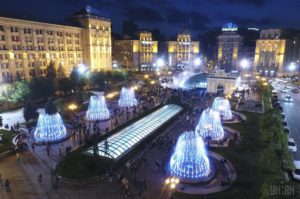 The Kyiv City Council at a meeting on Thursday approved the tourism fee rate in the amount of 0.4% of the minimum wage for Ukrainian tourists and 1% of the minimum wage for foreign tourists. A total of 76 deputies backed the decision. “In 2019, the amount of this fee for domestic tourism will amount to UAH 16.69, for inbound tourism – UAH 41.73. Taking into account the rates, the city budget should receive at least UAH 35 million,” the press service of the Kyiv City Council reported, citing First Deputy Head of the Kyiv City Administration Mykola Povoroznik.
Earlier, he reported that in 2018, the budget of Kyiv city received UAH 33 million, which is almost a quarter more than in 2017.
As reported, Ukraine’s Verkhovna Rada in 2019 changed the base for accruing the tourism fee and obliged tourists living in private accommodation to pay it, according to the law amending the Tax Code and other legal acts on the review of some tax and duty rates (bill No. 9260 from the so-called “budget” package of bills).
In addition, the law changes the tourism fee rates in 2019. In particular, for domestic tourists, the rates should not exceed 0.5% of the minimum wage per day, which from January 1, 2019 will be UAH 20.87, for inbound tourism – up to 5% of the minimum wage (UAH 208.65). The final rates will be determined by local councils, but they will not depend on the cost of accommodation or hotel category. 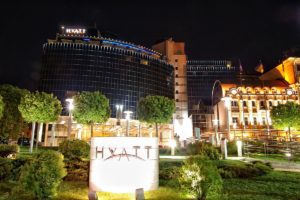 Ukrainian hotels are not obliged to collect tourism fee from their clients until local authorities make a decision to approve the fee rates, Deputy Director of the Tax and Duties Department of the State Fiscal Service of Ukraine Stanislav Beskydevych has said. “The tourist fee is a local tax and is charged in accordance with the requirements of the Tax Code, but taking into account the decisions of local governments that implement the mandatory elements of the tax,” Beskydevych said at a roundtable in the parliamentary committee on family issues, youth policy, sports and tourism.
He recalled that the travel tax is charged in accordance with Article 268 of the Tax Code, which was amended at the end of 2018. In particular, the tax base has been changed, tax rates have been differentiated depending on the consumer category, and the possibility of an advance payment of the tax has been introduced.
At the same time, the taxman said that in order to implement the law, local authorities should set rates, determine the possibility of an advance payment or the absence of this possibility.
“While local councils have not established specific elements of the tax rate, in fact this tax is not paid, it is zero. We cannot collect tax without a decision of local councils,” Beskydevych said.
According to him, for its part, the State Fiscal Service must publish a modified form of tax declaration, which will be submitted in the first quarter of 2019.
“Today we have already developed draft changes. They are undergoing internal coordination. In the near future, they will be presented for public discussion, after which they will be sent to local self-government agencies,” Beskydevych said.