CHINA, EGYPT, TURKEY ARE MAIN IMPORTERS OF UKRAINIAN GRAIN IN 2021 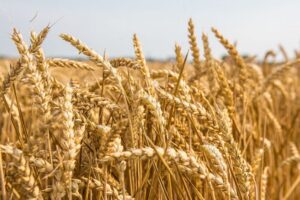 Ukraine’s revenue from export of grain crops in 2021 amounted to $12.3 billion, the largest trading partners were China, which imported $2.55 billion, as well as Egypt ($1.39 billion) and Turkey ($0.92 billion), the Institute of Agrarian Economics (IAE) reported on its website on Thursday.
“2021 was characterized by the further strengthening of the position of China, which in 2020 for the first time took the top among 10 largest importers of Ukrainian grain. In four years, starting from 2018, this country has increased its grain purchases from Ukraine almost five times, to $2.55 billion. At the same time, China’s share in the value of domestic grain exports increased from 19.7% in 2020 to 20.7% in 2021,” the IAE said, citing expert Bohdan Dukhnitsky.
According to the IAE, last year Egypt increased imports of Ukrainian grains by 24%, from $1.12 billion to $1.37 billion, but its share of their total exports decreased from 11.9% to 11.2%.
“Turkey, which in 2020 ranked only sixth in the top 10, moved up to the third spot last year, increasing the value of purchases of Ukrainian grain to $0.92 billion. In addition, in 2021, there were changes in the top 10 largest buyers of grain from Ukraine: Iran and Pakistan pushed South Korea and Bangladesh out of the top 10,” the expert said in the IAE report.
Other major grain importers from Ukraine were Indonesia with $750 million, Spain with $645 million, the Netherlands with $552 million, Iran with $533 million, Pakistan with $355 million, Libya with $342 million and Tunisia with $306 million.
The IAE said that in total, these 10 countries had dominated in the value of all grain purchases in Ukraine in 2021 (their share was more than two thirds).
As reported, since the beginning of 2021/22 (July-June) and as of February 2, Ukraine exported 38.63 million tonnes of grain and leguminous crops (31.6% more compared to the same date of the previous year), including 17.08 million tonnes of wheat (30.4% more), 15.64 million tonnes of corn (32.6% more), 5.48 million tonnes of barley (38.7% more), 0.16 million tons rye (92 times more), 63,800 tonnes of flour (27.0% less). 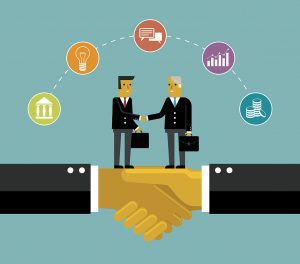 Deputy Head of the President’s Office of Ukraine Ihor Zhovkva and South Africa Ambassador Andre Johannes Groenewald discussed the further development of the bilateral cooperation.
“The parties identified the priority steps to intensify the political dialogue between the two countries and discussed the further schedule of high-level contacts, taking into account the development of the epidemiological situation in the world,” the press service of the President’s Office said.
During the meeting, Zhovkva spoke about the importance of further deepening economic cooperation and noted that Ukraine considers South Africa as one of the most promising trade partners in Africa.
The importance of closer and more constructive interaction between Ukraine and South Africa under its non-permanent membership in the UN Security Council was also emphasized.
“During the meeting, a number of other issues of a bilateral nature were also discussed, including the interaction of the two countries in the fight against the [coronavirus] COVID-19 pandemic and the modalities of the early evacuation of Ukrainian citizens from South Africa,” the presidential press service said.
Zhovkva congratulated the South African Ambassador on Nelson Mandela International Day, which is annually celebrated on the birthday of the politician.