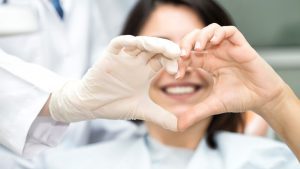 The Ministry of Health of Ukraine has created a separate unit, whose task will be the transplantation and treatment of Ukrainian patients abroad, the press service of the Ministry of Health reported on the Telegram channel.
“I want the number of Ukrainian patients who are being treated abroad to constantly decrease. I want them to be treated in Ukraine, to develop transplantation in Ukraine. We have everything for this. The main thing is that we have specialists who can transplant. We just need to create a certain system that would allow this to be done in Ukraine. We are doing this now,” Minister of Health Maksym Stepanov said at a daily briefing. 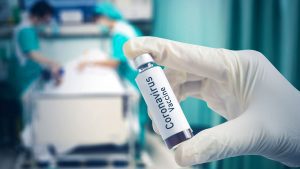 Pharmaceutical manufacturers of Ukraine register clinical trials of medicines for the treatment of coronavirus (COVID-19), Health Minister Maksym Stepanov has said.
“There are internal enterprises that register clinical trials of medicines, which they produce in our country. Currently, they are Farmak, Borschahivsky Chemical Pharmaceutical Plant, Darnitsa pharmaceutical company, Biopharma and Interchem. They are trying to create medicines to treat COVID-19, including symptomatic ones. For example, Darnitsa brought in a substance for the production of hydroxychloroquine, while Biopharma registered a clinical trial of Bioven,” he said during a press briefing in Kyiv on Wednesday, May 13.

It will become possible to resume treatment of Ukrainians abroad as soon as non-emergency care clinics open. All patients receive healthcare services at specialized clinics in Ukraine, Deputy Health Minister of Ukraine Iryna Mykychak told a press briefing in Kyiv on Thursday.
“There are patients who require medical services that are not available in Ukraine. This is, first of all, bone marrow transplant. The national budget provides for funds for treatment of such patients in foreign clinics. A standing commission, which makes decisions on referrals to treatment, is working. Currently foreign clinics are closed for non-emergency patients. As soon as they open, patients will be able to receive aid. Today they receive healthcare services at specialized clinics in Ukraine,” she said. 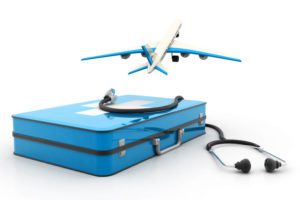 Ukrainian citizens preferred receiving treatment for oncology and cardiac diseases abroad in 2019, just as a year earlier. Foreign specialists point at poor quality of medical documents which patients bring from the post-Soviet countries.
International medical tourism operators voiced such conclusions to Interfax-Ukraine after having analyzed the medical tourist flow to foreign clinics.
According to the Ukrainian Association of Medical Tourism (UAMT), around 160,000 patients left Ukraine for treatment in 2018. Germany, Israel and Turkey were the most popular destinations for medical tourism from Ukraine. During the same time, around 65,000 foreign patients came for treatment to Ukrainian clinics.
Director of the medical tourism agency DeutschMedic GmbH Anna Weegen (Essen, Germany) said that in 2019 almost a half of foreign patients of German clinics were diagnosed with cancer: breast cancer took the lead, esophagus, stomach and colorectal cancer ranked second, lung cancer ranked third. Around one third of foreign patients addressed German clinics for treatment of cardiac diseases and for replacement of arthroplasty.
“High-technology operations are in demand, including robot-assisted surgery and combined therapy for life-threatening diseases,” she said.
Weegen praised the visa-free regime which allows patients to receive medical aid in Germany promptly.
“That is what helped us in 2019 rapidly provide some patients with serious diseases with aid and organize transportation of their relatives,” she said.
Weegen also said that in general the cost of healthcare services in Germany for foreign patients did not change in 2019 for both check-ups and in-patient treatment as it is regulated in Germany in line with the DRG (Diagnosis Related Group) system.
At the same time, an increase in the cost of some kinds of treatment in Germany was caused by the active introduction of new expensive medicines, in particular drugs for targeted therapy for oncology diseases or materials for minimally invasive heart valve surgeries.
Weegen added that in 2019 German clinics and medical tourism operators still received poor quality medical documents from patients.
“We often receive odd handwritten medical reports and poor quality medical images,” she said.
In turn, expert for organization of treatment in Germany Dmitry Ladizhenski (Berlin) also said that the cost of treatment for foreign patients “have been remaining mainly at the same level for many years despite the fact that the price list based on the DRG is regularly updated.” The DRG pricing system significantly facilitates the healthcare budgeting and mutual payments between the government, insurance companies and hospitals.
Ladizhenski also said that the number of patients from Ukraine has increased, which is related, first of all, to the cancelation of visas between the EU and Ukraine.
“Up to 80% are oncology patients,” he said.
In turn, Director General of the foundation Proturmed Mariusz Arent (Gdansk, Poland) said that the number of Ukrainian patients in Polish clinics tripled, to around 10,000 people, in 2019. However, this became possible mainly due to an increase in the number of Ukrainian migrants in Poland.
Arent noted that, according to the Institute of Research and Development of Medical Tourism (Poland), the total number of medical tourists in Poland was around 182,000 people in 2018. He added that Ukrainian patients travel to Poland for treatment of oncology, orthopedic surgery, cardiac diseases and rehabilitation after injuries.
According to Arent, the cost of treatment in Poland for foreign patients did not change in 2019, although in general prices in Polish private clinics usually exceed Ukrainians’ budgets.
Board Member of the Lublin Medicine Cluster Management Marzena Strok-Sadło (Poland) reported that, in 2018 only, 15 providers of medical services (12 private clinics and three state hospitals in Lublin) received 5,787 foreign patients, the majority of whom arrived from the UK and Ukraine.
She added that foreign patients traveled to Lublin mainly for treatment of gynecology, oncology, orthopedic, ophthalmology diseases and for obstetric care. In addition, Polish stomatology, rehabilitation, aesthetic medicine and plastic surgery services are popular among foreign patients. Ukrainians also often visit SPA resorts in Poland. As to the price policy, the expert said that the cost of medical services in Poland rose by 5-6% in 2019.
In turn, Board Chairman of the Turkish Association of Medical Tourism Emin Çakmak (Turkey) said that in general Turkey receives around $10 billion from medical tourists from 165 countries. Around 1 million foreign medical tourists annually visit Turkey, around 45,000 of them were Ukrainians in 2019. The number of Ukrainian patients in Turkey annually grows by 10-15%. The majority of Ukrainian patients travel to Turkey for treatment of oncology diseases and for pediatric rehabilitation.
“Turkey is becoming the most preferred destination for Ukrainian medical tourists. Turkish clinics actively organize their work for this growing flow, for example many hospitals hire Ukrainian citizens who help Ukrainian patients to communicate with Turkish doctors,” he said. 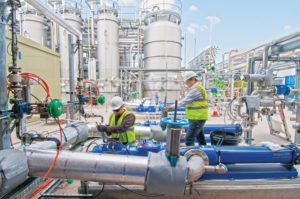 Тhe European Bank for Reconstruction and Development (EBRD) and Sweden have issued funds for an information campaign to promote a solid waste treatment project in Lviv, for which the EBRD together with environmental funds allocated EUR35 million. “In Ukraine, more than 95% of solid waste is brought to landfills, 99% of which do not meet EU standards and carry environmental, safety and health risks. In Sweden, in 2018 less than 1% of solid waste was brought to landfills, and more than 99% was recycled,” Ambassador of Sweden Tobias Thyberg said during the official launch of the program in Kyiv.
Within the framework of the project, which is designed for three years, a number of Internet resources will be created, as well as events with mass media, the public and non-governmental organizations will be carried out. The communications agency Noblet Media CIS is implementing the project, and its cost is not disclosed.
“Today, garbage is an element of politics. I would like this issue to be outside of politics,” Lviv Mayor Andriy Sadovy said.
According to him, after setting fire to the landfill in the Velyki Hrybovychi village, the city has been suffering a garbage blockade for almost two years, and the EBRD and other European partners came to the rescue first. The mayor noted that the city is very interested in the implementation of this project, since it annually has to spend UAH 300 million on garbage removal. 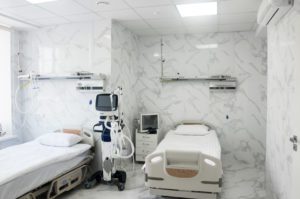 The average bill of a foreign patient who is treated in Ukrainian clinics, is $2,000-2,500, not taking into account transport and accommodation costs, the Ukrainian Association of Medical Tourism (UAMT) said at a roundtable devoted to medical tourism in Ukraine, the situation with it and its prospects held in Kyiv last week.
According to UAMT, currently in Ukraine, about 120 clinics in different regions of Ukraine receive foreign patients.
According to UAMT Head Violetta Yanyshevska, the most attractive for foreign patients in Ukraine are plastic surgery, dentistry, sanatorium-resort treatment, reproductive technologies, rehabilitation, treatment of ophthalmologic diseases, heart surgery and cell therapy. She said that the leaders in receiving foreign patients in Ukraine are reproductive clinics. At the same time, Yanyshevska said that in matters of medical tourism, “this is not about competition between clinics, but about competition between countries.”