U.S. EMBASSY: RELATIONS BETWEEN USA AND UKRAINE ARE NOW STRONGER THAN EVER 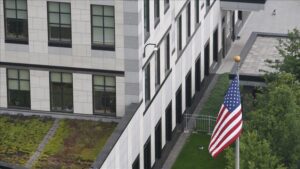 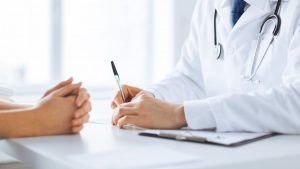 The U.S. Embassy in Ukraine has said that it is important that the National Health Service of Ukraine (NHSU) remains independent body.
“An independent and professional National Health Service of Ukraine is critical to ensuring Ukrainians have access to modern, efficient health care. We stand ready to continue partnering with the Government of Ukraine to strengthen the independence of institutions like the NHSU, as we also collaborate to combat the COVID-19 pandemic and its effects,” the U.S. Embassy in Ukraine wrote on its Facebook page on Wednesday.
In turn, the British Embassy welcomed the decision of the Health Ministry to extend the terms of the competition to select the head of the NHSU and announced support for the second stage of healthcare reform.
“Welcome @MoH_Ukraine [Health Ministry of Ukraine] extending deadline for temp Head of NHSU. Independent institutions, universal cover and patient-centred care all vital to #COVID19 response. UK strongly supports 2nd phase of health reform and will work with @Kabmin_UA_e [the Cabinet of Ministers of Ukraine] so long as reform commitment remains,” the British Embassy said on Twitter.
As reported, on May 22, the Cabinet of Ministers announced a new competition for the post of head of the NHSU. Candidates can submit documents before May 27.