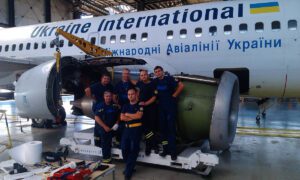 Ukraine International Airlines (UIA) in 2020 posted a loss of UAH 4.518 billion against UAH 1.649 billion of profit in 2019.
According to the company’s statement in the information disclosure system of the National Securities and Stock Market Commission on the annual meeting of shareholders on May 28, UIA assets at the end of last year decreased by 1.6 times, to UAH 9.226 billion, and uncovered loss increased by 1.6 times, to UAH 11.6 billion.
Total debtor indebtedness increased to UAH 1.619 billion against UAH 969 million in 2019, long-term liabilities decreased by 28.3%, to UAH 7.4 billion, current liabilities increased by 15.3%, to UAH 13.2 billion.
Earlier, UIA stated that in just three months of the spring lockdown in 2020 and the complete suspension of regular flights, the company incurred losses in the amount of about $ 60 million. 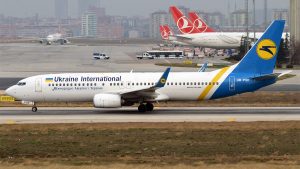 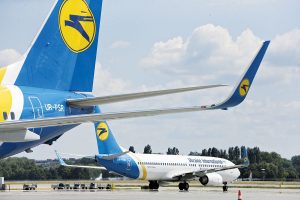 Ukraine International Airlines (UIA) from March 28 to April 30 will operate a number of flights on the routes Kyiv-Tel Aviv (Israel)-Kyiv and Odesa-Tel Aviv-Odesa.
The press service of the airline reported, in particular, the Kyiv-Tel Aviv-Kyiv flight will be operated daily, Odesa-Tel Aviv-Odesa – every Sunday and Thursday.
At the same time, UIA informs that flights PS775, PS776 and PS787, PS788 on April 1 from the above cities to Tel Aviv and back will be canceled.
“The airline will offer alternative flights to all passengers of canceled flights, which are planned on the same or next day,” the airline added.
UIA notes that foreigners are currently allowed to leave Israel. Israeli citizens can leave the country only in the following cases: if they passed vaccination, recovered from COVID-19 and have a certificate from the Israeli Ministry of Health for confirmation, those who have permission to leave from the Exceptions Committee. For departure, one must provide a PCR test done no later than 72 hours (except for those who were vaccinated or were in Israel for less than 72 hours), you must also fill out a declaration on the website of the Ministry of Health of Israel.
Entry into Israel is permitted for Israeli citizens and residents, as well as foreigners who have received an entry permit from the Israeli Interior Ministry. To enter, you need a certificate with a negative PCR test, made no later than 72 hours before departure and retesting upon arrival. Isolation is 14 days (10 days in case of two negative PCR tests). A declaration form must be completed 24 hours before departure.

UKRAINE INTERNATIONAL AIRLINES REFUNDS $2.5MLN TO PASSENGERS IN FEB FOR CANCELED FLIGHTS DUE TO COVID-19 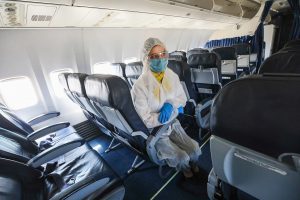 In February 2021, Ukraine International Airlines (UIA) considered about 15,000 passenger requests for refunds for canceled flights in connection with COVID-19 and issued a refund in the amount of $2.5 million, the press service of the company said on Wednesday.
It is noted that in just 11 months during the pandemic from April 2020 to February 2021 inclusively, UIA returned more than $29 million to passengers.
In addition, the airline reminds that passengers of canceled flights also have options to choose from: free ticket reissuance; a promotional code for the amount of the cost of an unused ticket, valid for two years from the date of its issue.
“UIA once again emphasizes its readiness for dialogue with its passengers and sincerely hopes for understanding. The airline is doing everything possible to process every request as soon as possible,” the message says. 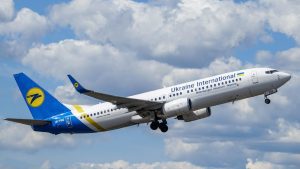 Ukraine International Airlines (UIA) plans to resume flights to Tbilisi from January 31, and SkyUp Airlines from February 4, 2021.
Currently, there are no direct flights between the capitals of Ukraine and Georgia, Georgia plans to remove restrictions on international scheduled flights from February 1, 2021.
As noted in the UIA message on Thursday, after the official lifting of restrictions on air travel by the Georgian authorities, communication with Tbilisi by UIA flights will be possible twice a week: on Fridays and Sundays, with a return to Kyiv every Saturday and Monday.
In the future, from March 1, 2021, UIA expects to increase the number of flights in this direction to four flights per week.
SkyUp Airlines plans to launch flights Kyiv-Tbilisi from February 4 and Kyiv-Batumi from February 9. 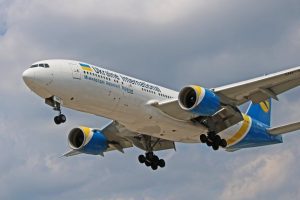 Ukraine International Airlines (UIA, Kyiv) is ready to transport vaccines.
“Since the beginning of 2021, the active stage of vaccination has begun all over the world, which will tend to increase throughout the current year. In order to ensure safe delivery of vaccines, UIA has prepared Boeing 737 and Boeing 767 aircraft to transport the vaccines as cargo,” the press service of UIA said on Monday.
The airline also expressed its readiness to transport the vaccine not only to Ukraine, but all over the world. At the same time, it is noted that given the peculiarities of compliance with the required temperature regimes, transportation of the vaccine by air is the fastest and most reliable method of delivery.
According to the company, since the implementation of quarantine measures, UIA has transported 870 tonnes of medical cargo.