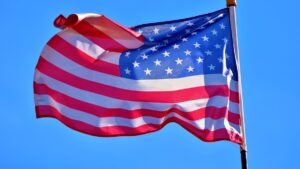 A group of U.S. Democratic lawmakers, including four senators and a member of the House of Representatives, will travel to Poland, India, Germany, Nepal and the United Arab Emirates to garner support for Ukraine.
“This strong congressional delegation will have the opportunity to meet with U.S. military leadership and troops in Poland in order to learn how the U.S. can continue to support Ukraine and our NATO allies against Russia’s unprovoked and unwarranted war,” the lawmakers said in a joint statement, according to The Hill.
“In addition, the delegation will meet with a number of key foreign leaders in Poland, UAE, India, Nepal, and Germany to strengthen ties during this period of heightened global tension,” the congressmen said.
Other senators making the trip with Kelly are Kirsten Gillibrand (D-N.Y.), Cory Booker (D-N.J.), Ed Markey (D-MA), along with Rep. Mondaire Jones (D-N.Y.), the lone House member. 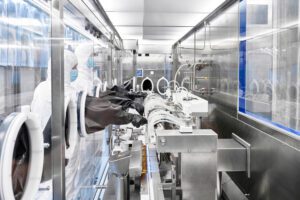 Farmak pharmaceutical company, one of the largest exporters of pharmaceuticals, has opened an office in the United Arab Emirates, and plans to further strengthen its expansion in the Middle East and localization in Saudi Arabia and Egypt, its press service said on Tuesday. According to the press release, the company’s products have been presented in the Middle East market since 2016.
“While selling drugs through local distributors, the company audited the market potential and analyzed the product niches of the region’s pharmaceuticals. This year, in order to consolidate business management in the Middle East, Farmak’s management decided to open an office in the UAE,” the company said in the press release.
The new headquarters will be headed by Mourad I.Habib, who previously served as CEO of Tabuk Pharmaceuticals and led Sandoz’s Middle East operations for over eight years. According to Habib, who is quoted in the press release, the opening of the office in the UAE is only the first strategic step for Farmak; in the future, the company plans to strengthen its expansion in the region and localization in Saudi Arabia and Egypt.
The company said that at present, Farmak’s production facilities have successfully passed certification in the UAE government bodies. The company also registered a number of injectable drugs produced by Farmak, which are already being purchased at public and local hospital tenders in the region.
“The Middle East market is not new for us, and we are actively scaling up our presence in this region. We have chosen the United Arab Emirates as the center of activity in the Middle East,” Business Development Director of Farmak Viktor Kostiuk said.
At the same time, he recalled that the UAE has a reputation as a state with a very high level of the national healthcare system and strict regulation of activities related to the production and distribution of medicines. “The fact that Farmak products are represented on this market once again confirms the high level of quality of our products,” Kostiuk said.
Farmak is the leader of the Ukrainian pharmaceutical market. The company’s product portfolio includes more than 220 complex-component modern medicines. Among the main directions are endocrinological, gastroenterological, cardiological, neurological, anti-cold and other drugs.
The UAE office is the sixth international office of the company. In 2020, Farmak increased its export deliveries by 40%. Today, the manufacturer’s products are represented in more than 30 countries of the EU, Central and South America, the CIS, the Middle East and Asia. 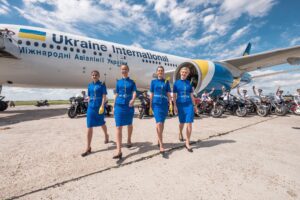 Ukraine International Airlines (UIA) is launching flights from Boryspil International Airport (Kyiv) to Ras al-Khaimah (the United Arab Emirates) from June 25, 2021, the airline’s press service said on Monday.
“UIA will become the first Ukrainian airline to operate direct flights to Ras al-Khaimah and one of the main strategic aviation partners for the Emirate, which is currently developing dynamically,” the UIA said.
The airline said that it will take five hours to fly from Kyiv to Ras al-Khaimah international airport. Upon arrival, all tourists undergo mandatory PCR testing at the airport. In addition, they can also undergo free PCR testing before returning to Ukraine.
According to UIA, Ras al-Khaimah received safety certifications from the world leader in the inspection and certification services Bureau Veritas, as well as from the World Tourism and Travel Council (WTTC).
“Ukraine is a fast growing and important market for the emirate of Ras al-Khaimah, and our partnership with Ukraine International Airlines is another step in the strategy of increasing tourist flow through introducing direct flights… This is a key step in the restoration of international tourism on our broad strategy of exploring new routes through main, secondary and emerging markets thanks to charter and scheduled flights,” CEO at Ras Al Khaimah Tourism Development Authority Raki Phillips was quoted as saying.
In turn, UIA CEO Yevhen Dykhne said that the airline plans to increase the frequency of flights to Ras al-Khaimah, given the expected high demand, especially in summer. 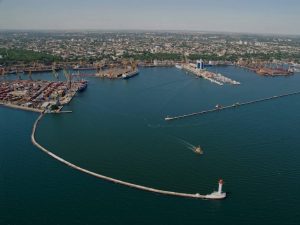 Several companies from the UAE are interested in building a marina in Odesa, as well as port infrastructure, Ukrainian President Volodymyr Zelensky said at a press conference on Monday.
“There is a question of ports. They [companies from the UAE] are professionals. They are now in our market. We are talking about a large project – the construction of a large marina in Odesa and a large separate port. And one of the companies we met will be in Ukraine this week, and we will talk specifically about river transport, in which they are professionals and are ready to build river ports,” he said.
According to the president, he discussed these issues with representatives of large companies from the UAE during a meeting with business as part of his trip to the UAE.
Zelensky also said that river transportation is the cheapest in Ukraine, while it can be a profitable industry for both business and the budget.
As reported, the UAE plans to increase the turnover of agricultural products with Ukraine tenfold and bring this figure to $2 billion per year. 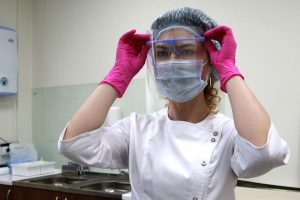 Ukraine has received from the government of the United Arab Emirates (UAE) 100,000 kits for rapid testing for COVID-19 IgM/IgG and 200,000 protective masks as part of agreements on medical care, the website of the President of Ukraine said on Wednesday.
Deputy Head of the Office of the President of Ukraine Yulia Sokolovska, at a meeting with the wife of the UAE Ambassador, Mrs. Al-Kaabe, thanked the UAE for its support in overcoming the COVID-19 pandemic in Ukraine and said that the tests and personal protective equipment received will be transferred to the Public Health Center of the Ministry of Health of Ukraine, which will be distributed to them by regions.
The Deputy Head of the Office of the President also congratulated the UAE Embassy in Ukraine on the occasion of the UAE National Day, which is celebrated on December 2. 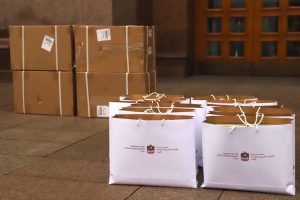 The wife of Ambassador of the United Arab Emirates Sheikh Al-Kaabi donated over 5,000 rapid tests for coronavirus (COVID-19) infection to Kyiv.
As deputy head of Kyiv City State Administration Maryna Khonda said, these tests will be transferred to Kyiv orphanages and nursing homes for the elderly.
“Unfortunately, the pandemic did not recede. In the spring, when the phase of strict quarantine was underway, an outbreak of coronavirus was detected in Darnytsia orphanage boarding school for girls. Fortunately, everything went well, but in order to prevent such outbreaks in the future, we need to quickly and promptly identify disease and respond to cases of infection. These rapid tests will be sent to Sviatoshyn and Darnytsia orphanages, as well as to Kyiv geriatric boarding house and Kyiv boarding house of labor veterans. Thus, we will be able to control outbreaks of COVID-19 among people who are in the so-called ‘risk zone’, and not to allow further spread. I am very grateful to the Embassy of the United Arab Emirates for this assistance,” the press service of Kyiv City State Administration said.
It is noted that 724 people live in these four institutions: in orphanages 239 children with disabilities aged from seven to 35 years of various disorders, in geriatric institutions 485 people of retirement age.