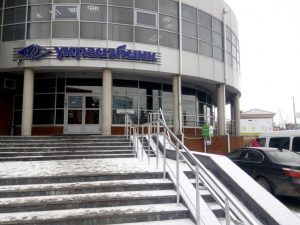 State-controlled Ukrgasbank (Kyiv) does not plan to pay dividends for 2019, according to the agenda of an annual remote meeting of shareholders, scheduled for July 7, posted on the bank’s website.
“Given the restrictions established by Article 31 of the law on joint-stock companies, payment of dividends on Ukrgasbank shares won’t be carried out in 2019,” the document says.
According to the agenda, the supervisory board proposes to distribute the profit received by Ukrgasbank in 2019 in the amount of UAH 1.29 billion as follows: UAH 128.9 million (10%) is to be allocated to the reserve fund, and UAH 1.16 billion (90%) to cover losses of the previous years.
Ukrgasbank was established in 1993. The state represented by the Ministry of Finance owns 94.9409% of the shares of the financial institution.
According to the National Bank of Ukraine (NBU), as of May 1, 2020 Ukrgasbank ranked fourth (UAH 148.589 billion) in terms of total assets among 75 banks operating in the country. 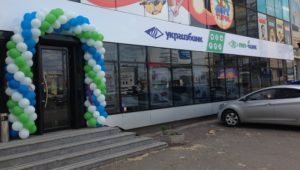 State-controlled Ukrgasbank (Kyiv) has issued $13 million and UAH 42.8 million for the construction of a new terminal at Zaporizhia airport, the financial institution’s press service has told Interfax-Ukraine. According to the report, the total cost of building the new terminal amounted to UAH 1.085 billion.
“Further borrowing needs from the borrower have not been announced at the moment,” the press service of Ukrgasbank said.
As reported, in December 2019 Zaporizhia completed the construction of a new airport terminal and in March 2020 they plan to open it for passengers.
Ukrgasbank was established in 1993. The state represented by the Ministry of Finance owns 94.94% of the shares of the financial institution.
Ukrgasbank ranked fourth among 76 banks operating in the country on October 1, 2019 in terms of total assets (UAH 114.133 billion), according to the National Bank of Ukraine.

NET PROFIT OF UKRGASBANK COULD GROW BY 30% 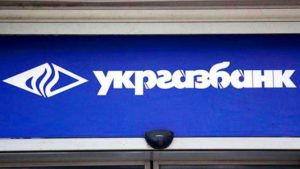 The net profit of state-run Ukrgasbank (Kyiv) in 2019 may amount to UAH 1 billion, which is 30% more than in 2018 (UAH 768.698 million).
“At the end of the year, a profit of UAH 1 billion is expected, which corresponds to the financial result outlined in the bank’s development strategy for 2019-2021. Such plans were approved by the supervisory board of Ukrgasbank,” the bank said on its website on Tuesday.
According to First Deputy Board Chairman Oleksandr Dubrovin, it is planned that by the end of 2019, the bank’s return on capital will be 15.8%.
“The bank is improving its efficiency, and according to the results of 2019, we expect that the return on capital will be 15.8% compared to 13.8% in 2018,” he said.
In addition, Dubrovin said that the cost-income ratio (CIR) is expected to improve from 57% in 2018 to 55% in 2019.
As reported, Ukrgasbank’s net profit in January-October 2019 amounted to UAH 576.3 million, which is 7.1% more compared to the respective period of 2018 (UAH 538 million).
JSB Ukrgasbank was established in 1993. The state represented by the Ministry of Finance owns 94.94% of the shares of the financial institution.
According to the National Bank of Ukraine, as of October 1, 2019, Ukrgasbank ranked fourth in terms of total assets (UAH 114.133 billion) among 76 banks operating in the country. 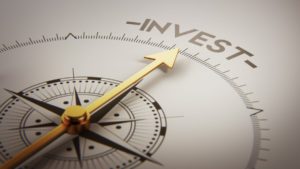 Top managers of the International Finance Corporation (IFC) at a meeting of the National Investment Council of Ukraine in Davos (Switzerland) has confirmed their readiness to consider investment in the capital of state-owned Ukrgasbank, Head of the Office of the National Investment Council Yuliya Kovaliv has said.
As reported, in November 2017, Ukraine’s Ministry of Finance agreed on cooperation with the International Finance Corporation (IFC) in the process of privatization of Ukrgasbank. The memorandum of cooperation also envisaged a possibility of entering the capital of the bank by IFC to support its sale. The investment will depend on several factors, including the outcome of the due diligence of the bank.
Ukrgasbank was established in 1993 and as of January 1, 2017 the state represented by the Ministry of Finance owned 94.9% of its shares. Since 2015, the bank has been included in the list of state-owned facilities of strategic importance for the economy and national security.

STATE-OWNED UKRGASBANK HAS 2.5-FOLD RISE IN NET PROFIT IN Q1 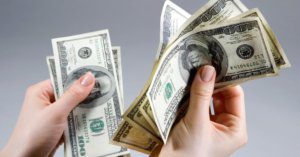