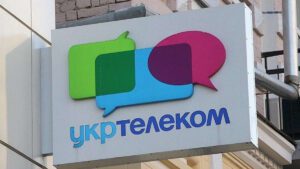 Ukrtelecom’s total income in the first half of 2021 amounted to UAH 3.4 billion (more than 10% more than in the same period in 2020), and Internet income exceeded UAH 1 billion (more by 7.4%), the company’s press service has said on Monday.
Ukrtelecom’s EBITDA in the first six months amounted to UAH 1.1 billion (an increase of 29%). EBITDA margin increased by 4.5 percentage points (p.p.), to 31.3%.
It is noted that for the specified period, the company’s telecommunications services income amounted to almost UAH 2.4 billion. Private subscribers were provided with services for almost UAH 1.5 billion, and business consumers – for UAH 692 million. The fixed optical Internet user base grew by 83%, to 203,000 subscribers.
In the business segment, Internet income increased by 10.2%, to UAH 226 million, and in the mass segment – by 6.6%, to UAH 786 million.
Ukrtelecom notes that the connection of small towns and villages to high-speed optical Internet continues. Currently, work is underway in almost 150 settlements, where more than 4,500 km of fiber-optic cable have been laid.
“Throughout the country, 850 medical and 1,250 educational institutions, as well as 380 territorial communities are already using optical Internet from Ukrtelecom. Of these, 156 medical and 233 educational institutions, 21 territorial communities have been connected this year. Ukrtelecom is awaiting the announcement of tenders by local communities to participate in the Ministry of Digital Transformation’s program to provide modern optical Internet for social infrastructure and rural population,” the company said.
According to it, in January-June 2021, income related to asset management also increased, in particular, from receipts from commercial lease of property not involved in production processes. It amounted to more than UAH 213 million, which is almost 41% more than in the same period last year.
In addition, the operator has launched a three-year fleet renewal program, which provides for the replacement of more than 1,300 vehicles used in production activities, including for disaster recovery teams, deploying fiber-optic networks, connecting and servicing subscribers.
Capital investments in the first half of 2021 amounted to almost UAH 310 million.
“The problem remains with the debt of local budgets to reimburse the company’s expenses for telecommunications services provided to citizens entitled to benefits. As of June 30, this figure exceeds UAH 124 million,” the company said.
In 2021, Ukrtelecom has already paid UAH 975 million in taxes to the budgets of all levels. 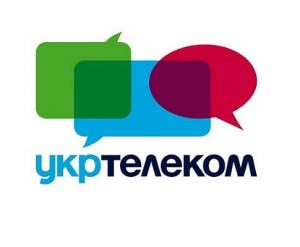 PJSC Ukrtelecom in 2020 reduced its net income by 2%, to UAH 6.214 billion, the company’s CEO Yuriy Kurmaz said at a press conference in Kyiv on Wednesday.

The company’s capital investments decreased by 0.5%, to UAH 688 million.

In 2020, Ukrtelecom built 10,000 km of fiber-optic communication lines, providing 270,000 households with the access to the optical Internet network.

Ukrtelecom is the largest fixed-line operator in Ukraine. It is the sole founder and participant of TriMob LLC – a mobile operator of 3G/UMTS standard. 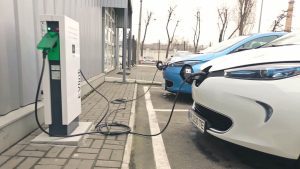 As of January 4, 2021, Ukrtelecom has already installed 45 UTrecharge charging stations for electric transport out of 50 provided in the pilot project in Kyiv and the suburbs.

According to the press service of the company, in Kyiv region the stations have already been installed in Vyshgorod (2 Shevchenko Square), Irpin (120a Severynivska Street), Boryspil (86a Kyivsky Shliakh Street), Vorzel (25 Kurortna Street), and Bucha (22 Ostrovskoho Street).

“The introduction of the service is part of Ukrtelecom’s activities for the efficient use of the company’s resources released as a result of technical re-equipment and modernization of the telecoms infrastructure. Ukrtelecom considers this business area to be promising, including in terms of supporting technologies that do not harm the environment,” the report says.

Ukrtelecom began to provide the service of charging electric vehicles at its own UTrecharge charging stations from January 1, 2021. 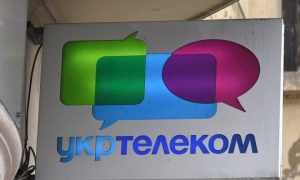 In 2020, Ukrtelecom provided 36 Epicenter shopping centers in different regions of the country with optical Internet.

According to the press service of the company, the network was provided with 100 Mbps Internet channels and PRI streams for a certain number of telephone numbers. This package of services meets the business needs of the shopping centers.

As the operator notes with reference to Epicenter, the network began to open modern order pick-up centers for the online store epicentrk.ua in 2020 in order to increase the level of customer service.

“The new order pick-up center are technological, with the automation of all processes, an address storage system for goods, a comfortable waiting area for customers with a children’s corner and online showcases. A high level of service in the centers for issuing orders, of course, requires fast and high-quality Internet,” the report says.

INTERNET REVENUES OF UKRTELECOM GREW BY 7% IN Q1 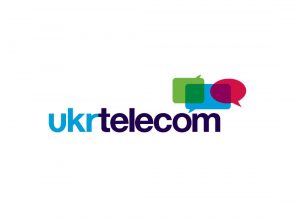 PJSC Ukrtelecom reduced EBITDA by 6.1% in January-March 2020 compared to the same period in 2019, to UAH 400 million, according to a press release released by the operator.
EBITDA margin for that period decreased by 0.5 percentage points (p.p.), to 25.5%, and net income by 5%, to UAH 1.6 billion.
Ukrtelecom said that the key positive factor influencing the company’s income is a steady increase in receipts from the provision of Internet services and data transfer.
“The revenues increased by 7%, to UAH 521 million in the first quarter of 2020 compared to last year. At the same time, the average traffic consumption by one Ukrtelecom home Internet subscriber grew by 25%, to almost 117 GB, and among users of optics to 235 GB, which is to some extent due to quarantine measures introduced in March,” the operator said in a statement.
In general, the income from telecommunications services of Ukrtelecom decreased by 7% in the first quarter of 2020 compared to UAH 1.3 billion in the first quarter of 2019.
According to the operator, that was significantly affected by a decrease in revenue from fixed telephony, which is a global tendency for voice services. Ukrtelecom revenue from the provision of this service in that period amounted to UAH 574 million, which is 20.9% less than in January-March 2019. The company also told Interfax-Ukraine that compared with the same period in 2019, the receivables of the government to the operator for providing services to privileged categories of the population increased by 8%, to UAH 144 million.
Capital investments amounted to UAH 112 million for the first quarter of 2020.
“Strictly observing measures to prevent the spread of [coronavirus] COVID-19 in Ukraine, Ukrtelecom continues to implement a number of projects to develop an optical infrastructure that can reduce the digital divide in the country. The operator is expanding the geography of optics by connecting small towns and social facilities to the high-speed Internet,” the operator said.
In the first three months of 2020, Ukrtelecom laid almost 1,400 kilometers of fiber-optic cable and connected to the optical Internet about 100 medical and educational institutions, as well as 39 merged territorial communities. The Internet access network of Ukrtelecom covered 2,430 cities and villages of Ukraine for the first quarter of 2020.
Revenues from the commercial lease of property, which is not involved in production, increased by 24% compared to the first quarter of 2019 and amounted to UAH 87.5 million. Ukrtelecom transferred UAH 478 million in taxes to budgets of all levels in January-March of 2020. The company refused to disclose the net financial result for the first quarter. 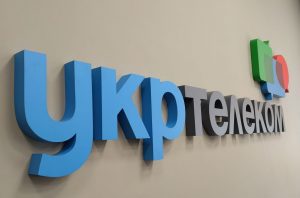 Ukrtelecom together with Iskratel, the Slovenian telecommunications company, and SID Bank, the Slovenian development bank, signed a new agreement on the development of fiber-optic Internet networks (GPON) in rural zone of Ukraine, Ukrtelecom said on Monday, Mach 23.
According to the company, the new project is designed for two years and includes more than 200 settlements in 13 regions of Ukraine. Total investments in the network construction project will amount to about UAH 200 million.
“The new project is the continuation of a long-term cooperation between Ukrtelecom and Iskratel in the development of high-speed optical access networks. Within its implementation, more than 2,000 kilometers of fiber-optic communication lines will be laid and modern switching equipment assembled in Slovenia at Iskratel production centers will be installed,” reads the statement.
According to Ukrtelecom, as a result of new network construction, hundreds of thousands people of the villages of Vinnytsia, Khmelnytsky, Dnipropetrovsk, Zaporizhia, Odesa, Poltava, Mykolaiv, Sumy, Rivne, Kherson, Kharkiv, Cherkasy and Luhansk regions will get access to the Internet at speeds to 1 Gbps, to digital interactive television and other services of the company. This type of connection will allow communities to implement the full range of digital services.
The project includes settlements in most of which it was previously not possible to connect to wire Internet.
“Ukrtelecom as a national infrastructure telecoms operator of Ukraine has a unique opportunity to involve European financial and production partners in programs to bridge the digital divide in Ukraine,” Yuriy Kurmaz, the director of the company, said.
At this stage, the construction of the network is conducted according to the plan, namely work has begun in Kharkiv region.
The company said that the situation with the coronavirus (COVID-19) pandemic did not affect the planned work.