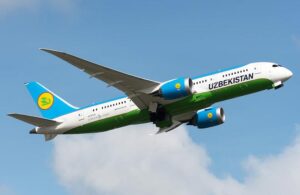 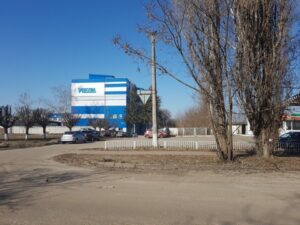 The pharmaceutical company Lekhim plans to launch phase one of its plant in Uzbekistan in 2023 and open ampoule production, Chairman of the supervisory board of the Lekhim Group Valeriy Pechaev has said.
“In 2020, we created the Lekhim enterprise in Tashkent to sell domestic medicines and to organize production in Uzbekistan. The main thing was to find a site for production,” he told Interfax-Ukraine.
According to Pechaev, the company managed to find a plot of 3 hectares on the outskirts of Tashkent for the construction of the plant. The site is located three kilometers from the territory where the Uzbek government plans to organize a pharmaceutical cluster, but does not apply to it.
“We have selected a site, received a permit for perpetual use of land, developed and agreed on a project to master the entire territory and started construction in the spring of this year,” he said.
Pechaev said that since 2020, Lekhim has invested $2.5 million in this project, the total investment until 2023 will be about $10-12 million, and the total cost of the project is about $ 40 million.
“Now, we are financing the project from our own funds, but in 2023 we are planning to attract investments from the EBRD. We have long-standing good relations with them. We think that in 2022, when the buildings and structures are ready, we will attract them to buy equipment,” he said.
Pechaev said that Lekhim plans to attract financing from the EBRD, which will amount to about 30% of the charter capital. In the future, Lekhim plans to use EBRD loans in construction.
The project includes the creation of an ampoule production with an annual capacity of 150 million ampoules, the production of cephalosporin antibiotics with a capacity of about 15-20 million bottles and the production of solid forms of drugs (tablets, capsules) with a capacity of up to 1 billion pieces.
“The first stage, I think, will be launched at the end of 2023. It will be ampoule production. In addition, first of all, we will introduce an administrative building, a central laboratory of the plant, an energy workshop and a production workshop itself with an area of 4,500 square meters for three lines of injectable drugs. Each line produces 50 million ampoules. We will launch one line,” he said.
Pechaev said that in 2024, Lekhim plans to start building a facility to manufacture solid forms and antibiotics.
The company plans to annually produce products worth about $60 million in Uzbekistan. The plant will focus on the regional market, its products will be supplied, in particular, to Uzbekistan and Afghanistan and other countries of the region.
Pechaev said that “Uzbekistan today is a country with almost 35 million people, rich in natural resources, cheap gas and oil and, what is important, with a favorable investment climate and the protection of foreign investments declared by the state.”
“Therefore, today in Uzbekistan there is such a boom in investments and a fairly low cost of production,” he said.
Pechaev said that Lekhim also has a trade office in Lithuania, but there is no talk of organizing a production facility there yet.
In addition, the chairman of the supervisory board said that the company is currently also implementing two projects in Ukraine: the construction of a plant for manufacturing cephalosporin antibiotics in injectable and solid forms in Obukhiv (Kyiv region), as well as the launch of vaccine production at the Kharkiv Lekhim plant.
“I think that we will launch the plant in Obukhiv by the end of 2021. We plan to launch vaccine production in Kharkiv in the first quarter of 2022,” he said.
Pechaev said that the capacity of vaccine production will be about 40 million syringes per year.
The facility will produce vaccines against COVID-19 and influenza vaccines using technology transferred to Lekhim by China’s Sinovac Life Sciences.
“China has transferred both technologies to us – for the production of a vaccine against COVID-19 and for the production of a vaccine against influenza. We have already declared this in the Ministry of Health and asked to make a state procurement order with us for 2022 for 17 million doses of vaccines against COVID-19 and 3 million doses flu vaccines,” he said.
Pechaev said that further plans for the development of vaccine production will depend on the epidemiological situation. “I think the coronavirus will never end, and we will just do the annual flu vaccinations,” he said.
At the same time, Pechaev suggested that over time, the technology of inactivated vaccines against COVID-19, which is used to produce the CoronaVac vaccine, will replace the technologies by which other vaccines against COVID-19 are produced.
He said that since the beginning of the COVID-19 epidemic, Lekhim has delivered 10.2 million doses of CoronaVac vaccine to Ukraine, including 1.9 million vaccines purchased through the state-owned enterprise Medical Procurement of Ukraine and 8.3 million doses purchased through the U.K. procurement agency Crown Agents.

ATTRACTION OF INVESTMENTS: UZBEKISTAN INTERESTED IN NEW PROJECTS IN UKRAINE 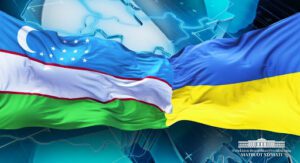 Today, on July 30, Deputy Economy Minister of Ukraine Iryna Novikova met with the founder of Welfare Investment Alliance consulting company, Ambassador Extraordinary and Plenipotentiary of the Republic of Uzbekistan to Ukraine (2012-2019) Alisher Abdualiev.

The Deputy Minister of Economy expressed hope for the further strengthening of relations between the two countries and stressed that creating comfortable conditions for doing business and implementing new investment projects is an extremely important step for enhancing investment cooperation between the states.

During the meeting, the participants discussed the prospects and possibilities of creating a simplified access to the markets of the countries, a favorable environment for the implementation of joint projects and attracting investments.

So, among the promising industries for cooperation between the two countries is the aviation industry, as well as the implementation of projects to create livestock complexes and silk production in Ukraine. 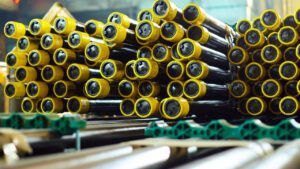 The Ukrainian industrial company Interpipe is increasing the volume of deliveries of premium products and expanding the list of countries where they are used, according to the company’s Facebook page.
At the same time, it is noted that pipes with premium sleeveless UPJ-F connection are successfully operated in Uzbekistan.
“At the beginning of the year, we talked about the supply of pipes with a sleeveless joint of our own design UPJ-F to our permanent partner, Uzbekneftegaz. In the second quarter, such casing pipes of two diameters – 139.7 mm and 193.7 mm – were successfully run, showed high performance and received positive feedback from the client,” the report says.
The press release specifies that Ukrainian pipes with UPJ-F are used to produce gas in difficult geological conditions. The absence of a sleeve makes it easier to run pipes in wells with complex profiles or in horizontal sections. This connection expands the capabilities of customers in the field of well building, accelerates drilling and guarantees the highest level of gas tightness.
Interpipe is a Ukrainian industrial company, a manufacturer of seamless pipes and railway wheels. The company’s products are supplied to more than 80 countries around the world through a network of sales offices located in the key markets of the CIS, the Middle East, North America and Europe. In 2020, Interpipe sold 662,000 tonnes of finished products, including 192,000 tonnes of railway products. Railway products are sold under the KLW brand.
Interpipe employs 11,000 people. In 2020, the company transferred UAH 2.54 billion to the budgets of all levels. 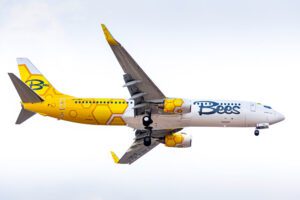 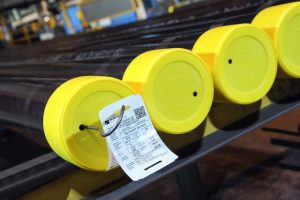 Interpipe, the international vertically integrated pipe and wheel company, continues to develop the export of premium pipe products by supplying premium pipes UPJ-F to Uzbekistan.
“We continue to develop the export of our premium products. This time, the Ukrainian industrial company Interpipe has successfully supplied casing pipes with a premium UPJ-F sleeveless connection to our permanent partner Uzbekneftegaz, the national holding corporation of Uzbekistan,” Interpipe said on Facebook.
At the same time, it is explained that this company is engaged in geological exploration, production and processing of oil and gas. Interpipe has been cooperating with it for several years, selling pipe products for the construction of oil and gas wells. But this order is special: Interpipe for the first time delivered 500 tonnes of UPJ-F casing to a client from the CIS, the report explains.
“The complexity of the order consisted not only in high-precision production, the client asked to ship the first batch as soon as possible. In total, over the past six months, Interpipe has supplied Uzbekneftegaz with almost 2,000 tonnes of pipes of various assortments,” the group said in a press release.
The company expects that the supply of premium products to gas wells in Uzbekistan will strengthen the position of Interpipe in the market of sleeveless connections in the Central Asian region.
Interpipe is a Ukrainian industrial company, a manufacturer of seamless pipes and railway wheels. The company’s products are supplied to more than 80 countries around the world through a network of sales offices located in key markets of the CIS, the Middle East, North America and Europe.