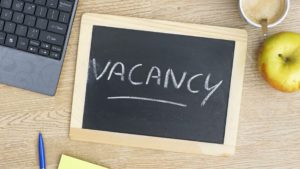 NUMBER OF REGISTERED UNEMPLOYED AND NUMBER OF VACANCIES IN 2018-2019 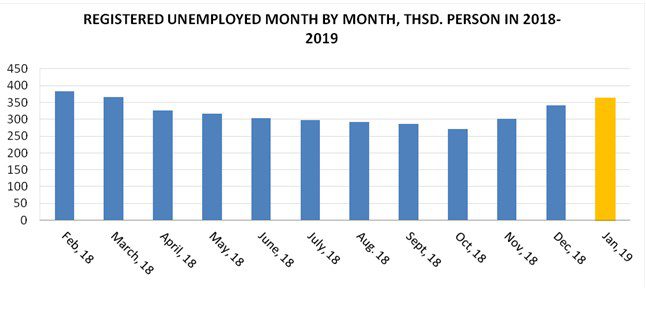 MONTHLY CHANGES IN UNEMPLOYMENT AND NUMBER OF VACANCIES IN 2017-2018