SHARE OF VACANT SPACE IN KYIV’S SHOPPING CENTERS STABILIZED AT 3.7% 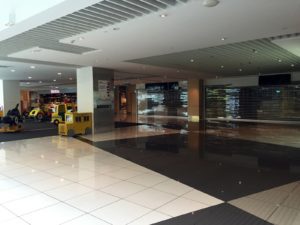 The share of vacant space in the market of shopping centers in Kyiv in the fourth quarter of 2018 for the first time in the last two years has stabilized at 3.7%, the press service of Jones Lang LaSalle (JLL) consulting company in Ukraine has said.
“The cessation of decline in the vacancy rate is due to the achievement of a temporary equilibrium in the market of shopping centers in Kyiv. After a significant increase in the first half of the year (by 20%) to almost the pre-crisis level of $1,140 per sq m a year, rental rates have also stabilized,” Yekateryna Vesna, the head of the retail space department at JLL (Ukraine), said.
According to the company, over the year the vacancy rate in the capital market decreased by 1.9 percentage points and amounted to 3.7%.
“At the same time, in comparison with other European capitals, rental rates in Kyiv remain relatively low: for example, the maximum rental rate in Warsaw is higher by 55%, in Prague by 80%. The relatively low cost of premises together with the growth of public purchasing power contributed to sustainable demand from international retailers in the Ukrainian market. This was also supported by the desire of lessors to increase the presence of well-known global brands in their facilities,” the expert said.