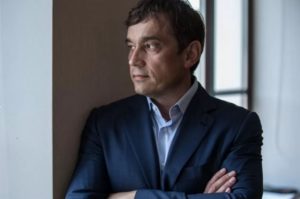 The UFuture investment group of Ukrainian businessman Vasyl Khmelnytsky plans to increase investment in various businesses by 20% in 2019, to $60 million.
“Last year, the UFuture group invested almost $50 million in various businesses. In 2019, we plan to invest another $60 million. If we talk about investments only in impact projects, I estimate the total amount, taking into account capital investments, to be more than $50 million,” Khmelnytsky said in an interview with the Top 100. Rating of the Largest magazine.
He said on his Facebook page that in September this year, UFuture will open a new campus on the territory of the UNIT.City innovation park (Kyiv).
“At UNIT.City, everything is in line with the schedule. In September, a new campus and an art facility [will appear],” he wrote.
As reported, in January 2019, UFuture in partnership with KAN Development on Wednesday took part in the ribbon-cutting ceremony of the third campus – a new six-story B12 business center with a gross area of 16,900 square meters – in the UNIT.City innovation park (Kyiv).
In February 2019, Khmelnytsky said in an interview with Interfax-Ukraine that the first phase of LvivTech.City is scheduled for opening at the end of 2019.
He said that the first Lviv campus will combine office and commercial sections (cafes and restaurants). The office space will be 9,500 square meters, commercial – 3,000 square meters.
UFuture unites companies and social projects of Khmelnytsky. The group includes the Bila Tserkva industrial park, the UDP development company, the Sikorsky Kyiv International Airport, outdoor advertising operator RTM-Ukraine, as well as innovative businesses: UDP Renewables (creates and develops photovoltaic power plants under its control), the pharmaceutical company Biopharma, innovative parks UNIT.City and LvivTech.City. 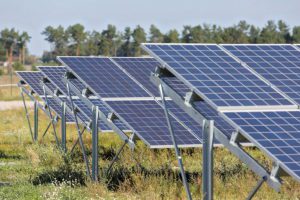 UDP Renewables of businessman Vasyl Khmelnytsky on March 1, 2019 launched its third solar power plant Scythia Solar 1 in Zaporizhia region with a power capacity of 13 MW. The company’s press service reported that investment in the project reached $10.1 million. The plant consists of 38,232 solar panels produced by JinkoSolar. It will allow generating nearly 16.2 GWh per year. The plant is located on an area of 20 ha.
EPC contractor is a Ukrainian group of companies KNESS. Financial partner of the project is Ukrgasbank (Kyiv). According to a posting on the website of UDP Renewables, it plans to boost the capacity of solar power plants from 24 MW to 175 MW this year.
As reported, in November 2018, UDP Renewables launched the 18.3 MW Free-Energy-Henichesk solar power plant in Kherson region. Investment totaled $18 million.
UDP Renewables currently also operates Dymerska Photovoltaic Power Plant 1 (Kyiv region) with a capacity of 6 MW.
UFuture Investment Group, headquartered in Brussels, was established in autumn 2017 and united the business projects of Khmelnytsky. The group includes the Ukrainian development company UDP, which core business is the implementation of large infrastructure projects. 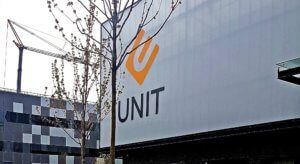 The supervisory board of PrJSC Kyiv Motorcycle Plant (Kyiv) of businessman Vasyl Khmelnytsky has agreed on signing a surety agreement for Alfa-Bank’s (Ukraine) opening a credit line for Unit Holdings LLC (Kyiv) to finance the construction of UNIT.City. According to a report in the information disclosure system of the National Securities and Stock Market Commission, the decision to consent to the transaction was made during an extraordinary shareholders’ meeting on November 30, 2018.
In particular, the matter concerns the intention of Unit Holdings LLC to raise a five-year non-renewable credit line in the amount of $8 million with an interest rate not exceeding 12% per annum from Alfa-Bank. The guarantor in the transaction will be PrJSC Kyiv Motorcycle Plant.
The press service of UDP company told Interfax-Ukraine the money raised will be used to complete the reconstruction of two new campuses of the first stage of UNIT.City.
As reported, Kyiv City Council at the end of September 2018 decided to lease two land plots with a total area of 22.2 hectares at 8 Simyi Khokhlovykh Street to Unit Zhytloinvest and Unit Holdings for the construction of a housing and office complex.
According to UNIT.City’s website, as of November 2018 two business campuses and the co-working space Chasopys.UNIT with 85 resident companies were operating in the innovation park.
It is planned in 2019 to expand the park with three more business campuses, increasing the number of tenants to 150 companies. It is planned that by 2025 the total area of UNIT.City will be 500,000 square meters.
Earlier it was reported, with reference to UDP CEO Vitaliy Melnyk, that UDP and KAN Development are engaged in the joint development of the construction of a six-storey business center in the territory of UNIT.City. Its total area will be about 13,000 square meters.
UNIT.City Innovation Park was officially opened in April 2017 in the territory of the former Kyiv Motorcycle Plant. The co-working space Chasopys-UNIT, the IT school UNIT Factory, three laboratories, a business campus, a foundation and five accelerators are located in its territory. 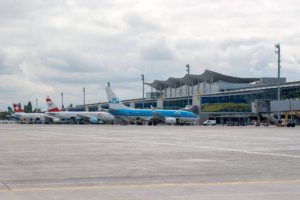