U.S. AND UKRAINE AGREE TO STRENGTHEN COOPERATION ON VETERINARY AND BIOSECURITY REQUIREMENTS 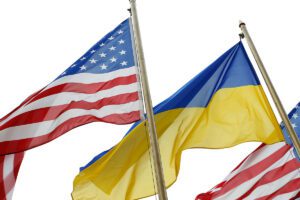 Ukraine and the United States have agreed to strengthen bilateral cooperation mechanisms on veterinary and biosecurity requirements, and discussed joint initiatives at the global level regarding common requirements under trade agreements and individual bilateral veterinary certificates, the Economy Ministry said on its website. The corresponding decision was made during a meeting between First Deputy Prime Minister – Minister of Economy Oleksiy Liubchenko and Acting Deputy Under Secretary of the U.S. Department of Agriculture for Trade and Foreign Agricultural Affairs Jason Hafemeister during a working visit of Ukrainian President Volodymyr Zelensky to the United States.
According to the ministry, the parties also confirmed a common vision of the strategic goals of agricultural policy in matters of climate neutrality and overcoming hunger. In addition, Ukraine and the United States agreed on a common position within the framework of the UN Food Systems Summit, which will be held on September 23 this year, to achieve sustainable development goals, including overcoming hunger.
In addition, the Ukrainian side called on American companies to increase the supply of modern technologies in the Ukrainian market. The parties also discussed the involvement of American companies in the implementation of land reclamation projects in Ukraine as part of efforts to counter the negative consequences of climate change.