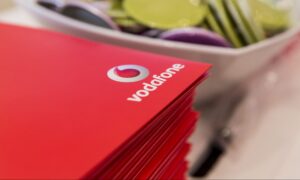 In January-March 2021, Vodafone Ukraine (PrJSC VF Ukraine) reached an income of UAH 4.728 billion, which is 8% more than in the same period in 2020, the company said in its press release on Wednesday.
According to it, the company’s net profit for the first quarter amounted to UAH 888 million versus a loss of UAH 744 million in January-March 2020, which was associated with the exchange rate difference on the revaluation of $500 million eurobonds issued by Vodafone Ukraine in February 2020.
The operator’s OIBDA (Operating Income Before Depreciation and Amortization) increased by 9% compared to the first quarter of 2020 and reached UAH 2.558 billion. At the same time, the OIBDA margin increased by 0.8 percentage points (p.p.), to 51.1%.
“The main growth factor was the increase in consumption of data services. The number of date users in the Vodafone network at the end of March 2021 reached 12.4 million, or 66% of data users in the database,” the operator said.
At the end of the first quarter of 2021, some 81% of Ukrainians could use 4G in the Vodafone Ukraine network, the operator said in the press release.
According to the results of this reporting period, the company’s subscriber base amounted to 18.8 million, which is 3.6% less than in January-March 2021, while growth in the segment of contract connections continues, including an increase in the number of IoT users.
“A slight decrease in the subscriber base is due to the general tendency to refuse from second SIM-cards, which is caused by a decrease in the population’s income,” the operator said.
At the same time, ARPU increased by 16% to UAH 79.8.

VODAFONE PLANS TO LAUNCH SMARTPHONE CONTRACT DEALS IN UKRAINE IN 2021 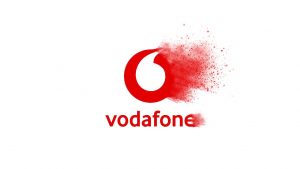 The mobile operator Vodafone Ukraine in its retail network Vodafone Retail in 2021 intends to launch a model of buying a smartphone with a bundle of services, Director of Vodafone Retail Olena Myronenko has said.
“In our country, only smartphones without prepaid services were previously sold. We now place a small emphasis smartphone deals with bundles in our network. This year we really look forward to the launch of the European model, when one can buy a smartphone on a one-year or two year contract and get a rather interesting discount. This is our tiny idea and, most likely, we will launch it this year,” she said at a press conference on Tuesday.
At the same time, Myronenko said that the deals will be available only for phones in the medium and below medium price segments. For premium segments, she said, it will not be in demand.
“According to our research, the ARPU of our customers who use the iPhone is not 3-5 times higher than that of a customer who uses a standard mid-segment smartphone. Typically, the ARPU of an iPhone user is 30-50% higher, which does not allow us to equip an iPhone with such cost of services to cover it,” the director of Vodafone Retail said.
“In order to subsidize the iPhone and sell it at a discount, the operator must have an ARPU that allows it to cover the cost of this smartphone at the expense of its income. The average ARPU in the United States today is $50. Our subscriber’s ARPU is $3. That’s when our ARPU will be at least $15 then we can talk about the iPhone,” Myronenko said.
Vodafone Retail currently has more than 200 stores in 82 cities of Ukraine. 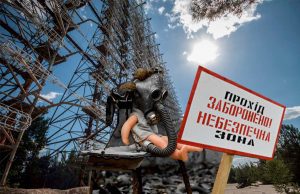 The State Agency of Ukraine for the Management of the Exclusion Zone and the mobile operator Vodafone Ukraine are working on a pilot project for the construction of a fire safety monitoring system on the territory of the Exclusion Zone in Chornobyl.
According to the message of the Ministry of Environment Protection and Natural Resources of Ukraine posted on its website on Monday, the first step of the project was to expand the coverage of Chornobyl with high-speed mobile Internet 4G in the 900 MHz range and install a base station there.
The next stage will be testing the operation of thermal imagers, which will be installed at a height and cover a significant area. The new system will quickly identify the place of fire using video cameras and thermal imagers.
“Modern technologies open up ample opportunities for instant detection of fires in forest areas. Thanks to cooperation with Vodafone Ukraine, NB-IoT technology will start operating in Chornobyl, which is built on the concept of the ‘Internet of Things’ and allows safe and fast transfer of information between objects. And it, in turn, makes it possible to instantly respond to fire situations and localize them,” Minister of Environmental Protection and Natural Resources of Ukraine Roman Abramovsky is quoted as saying.
He also stressed that effective prevention of fires directly depends on technical equipment and the use of smart technologies.
At the same time, Abramovsky noted that the expansion of mobile coverage will contribute to the development of investment and tourist attractiveness of the Chornobyl zone.
“This is the first such solution in Ukraine, which Vodafone Ukraine develops and implements exclusively for the Chornobyl exclusion zone. In the future, it can be scaled to other fire hazardous areas of Ukraine,” said Andriy Bolshakov, deputy director general of Vodafone Ukraine.
According to Vodafone Ukraine, NB-IoT technology provides a high security standard – encryption and authentication based on a SIM card, which are not available in other technologies. In addition, it optimizes power consumption, extending the battery life of the components up to 10 years. Moreover, the capacity of such a network is significantly higher than that of a voice network.
As reported, high-speed mobile Internet from Vodafone Ukraine appeared in the Chornobyl exclusion zone in 2016 after the launch of the base station of the 3G network in Prypyat. The rollout of the operator’s 4G network began in the Chornobyl exclusion zone in November 2018. 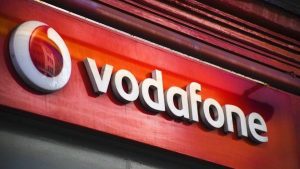 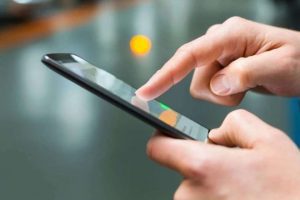 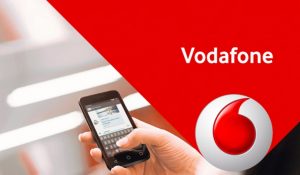 In July-September 2020, the mobile network operator Vodafone Ukraine saw revenue of UAH 4.8 billion, which is 12% more than in the same period in 2019.
According to the operator’s financial report, its net profit in the third quarter of this year amounted to UAH 157 million, which is 81% less than in the same period in 2019.
The operator explained this indicator by the exchange rate difference on the revaluation of the $500 million eurobonds, issued by the company in February 2020.
OIBDA increased by 11% and reached UAH 2.5 billion, the OIBDA margin decreased slightly – by 1.2 percentage points, to 53.4%. According to the operator, the operating efficiency indicators were improved due to cost optimization and increased revenue from data services.
The volume of Internet traffic in the Vodafone network has almost doubled over the past two years. This figure has increased by more than 40% over the year. The main reasons for the growth in speed and traffic are: an increase in 4G coverage, network capacity and the number of data users, the company said.
At the same time, at the end of the third quarter of 2020, ARPU grew by 16%, to UAH 79.10. The growth of the indicator in the company is linked to an increase in the geography of 4G coverage, as well as an increase in the use of high-speed mobile Internet, the consumption of which increased 1.4 times over the past year.
On average, according to the operator, the Vodafone Ukraine data client uses more than 5 GB of mobile Internet per month.
According to the operator’s report, Vodafone Ukraine’s 4G network became available to 80% of Ukrainians in the third quarter (penetration growth by 14 p.p. compared to the third quarter of 2019).
Vodafone Ukraine invested UAH 871 million in the network during the reporting period, and total investments in the construction of high-speed mobile Internet networks amounted to UAH 28.1 billion.
In July-September, the operator launched over 400 base stations in the 900 MHz range, which cover more than 2,000 settlements with a population of over 2 million people.
According to the results of the third quarter of 2020, the company’s subscriber base amounted to 19 million people, which is 4.1% less than in the same period last year. This is due to a decrease in the dynamics of new connections as a result of quarantine measures.
At the same time, the operator noted an increase in the segment of contract and corporate connections, as well as an increase in the number of connected IoT cards.
The base of IoT connections of Vodafone Ukraine” in two years has grown by 79%.
Other new directions, such as big data analytics, cloud solutions, services for electronic document management, also showed positive dynamics, according to the operator.
In the first nine months of this year, the company’s profit amounted to UAH 425 million, revenue reached UAH 13.3 billion.