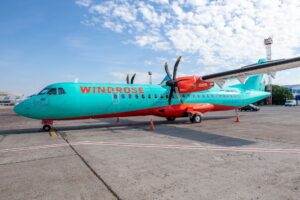 Windrose Airlines (Kyiv) from November 9 suspends flights on three routes: Kyiv – Chernivtsi – Kyiv, Kyiv – Mykolaiv – Kyiv and Kyiv – Uzhgorod – Kyiv, the press service of the airline reported on Friday.
Windrose said that after a comprehensive audit of the airports in Uzhgorod and Chernivtsi, the airline representatives recommended their management to improve some technical indicators that affect the performance of flights in the winter. Subject to the elimination of all comments, flights in these directions will be resumed.
Flights to Mykolaiv will not be performed in winter due to low demand.

WINDROSE became the first airline in Ukraine to develop its own Skypasses. Their advantage was a fixed price and no restrictions for booking. The sales of Skypasses were suspended for a while due to the necessity to change their format.

The commercial director of the airline Olha Tolstykhina commented on the service update: “We considered  our passengers’ requests and offers. Our route map within Ukraine has significantly expanded over the past six months, so we need to make our fares more flexible. These Skypasses include additional services — Skypass can be “freezed” or its validity can be extended, in addition, our passengers can choose the type of Skypasses depending on their most frequent flight destinations”.

Learn more about flight destinations, prices and conditions on our website

Such an offer is really advantageous if you often travel within Ukraine. You don`t need to book tickets in advance, and regardless of the departure date  the price is fixed. Also passengers can buy the Skypass as a gift card. 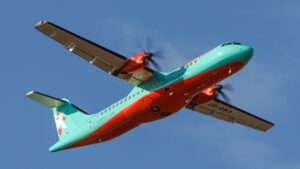 WINDROSE Airlines congratulates all Ukrainians on Independence Day! Let’s unite!
1. Travel with WINDROSE on August 24 with a 30% discount on tickets to any destination and any tariff.
The offer is valid for one day only (24.08) for all domestic flights operated on that date. Tickets are on sale now. When booking a ticket, use the promo code: NEZALEZHNIST
2. Some 3,000 tickets at a price of UAH 300.
Hurry up to buy tickets worth UAH 300 for any WINDROSE flight within Ukraine. The offer is valid for STANDARD fare for flights operated from August 24 to September 23 and only if tickets are available. When booking a ticket, use the promo code: NEZALEZHNOSTI30
Another offer from WINDROSE Airlines – 300 free tickets for families whose relatives died in the ATO.
For registration, please contact: 30rokiv@windrose.kiev.ua
* The offer with the promotional code is valid only when buying tickets on the company’s website: windrose.aero (https://windrose.aero/) 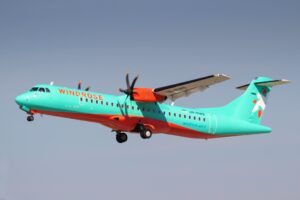 Recently WINDROSE has successfully completed the audit for the conformance with the international standards and recommended practice of operational safety IOSA (IATA Operational Safety Audit). IOSA is a standardized program for comprehensive assessment of airline’s operational safety. The audit requirements were developed by the International Air Transport Association and are being constantly updated. Being registered in the IOSA system is for WINDROSE a mandatory precondition for a membership in international alliances. Currently only 2 airlines in Ukraine have IOSA certificate of registration.
We are proud that thanks to our employees’ hard work and diligence we once again were able to demonstrate the high level of our company’s reliability. WINDROSE professional team makes every effort to ensure safety and comfort of our passengers. We do our best to make every journey a pleasure. Working for our passengers!
www.windrose.aero 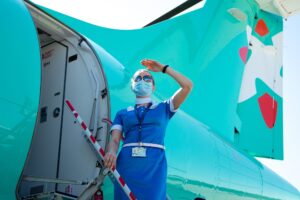 Last year, Ukrainian aviation faced many challenges, so there were almost no encouraging forecasts regarding the resumption of flights or the opening of new directions. However, immediately after the lifting of restrictions on flights, the Ukrainian airline WINDROSE carried out its first domestic flight. It was a bright start for a new stage in the company’s development, the goal of which is to raise the culture of transportation in our country to a higher level.

In February 2020, WINDROSE CEO Volodymyr Kamenchuk announced the launch of a new project. “WINDROSE has been providing services of tourist transportation to different parts of the world for more than 16 years. Subsequently, it became clear that it was time to apply our experience to domestic flights. This year we are launching a new domestic program that will connect the large cities of our country with convenient and fast flights.”

The network started with the six largest Ukrainian cities. However, over the year, the flight map extended to 12 destinations: Kyiv, Lviv, Ivano-Frankivsk, Kharkiv, Dnipro, Odesa, Kherson, Zaporizhia and Mykolaiv, and in June of this year new routes were opened to Uzhgorod, Kryvy Rih and Chernivtsi. With the start of the new program, WINDROSE has renewed its fleet – domestic flights are carried out mainly on board ATR 72-600 aircraft. These are aircraft of increased safety, reliability and comfort, specially designed for regional flights.

A new modern trend is to fly within Ukraine. “Creating a habit of flying within Ukraine is now our main goal. During this year we have made a lot of efforts to make Ukrainians know as much as possible about this opportunity. We are already seeing the result and the shifts are very positive. First of all, Ukrainians must understand that to travel by plane across the country is accessible and comfortable,” PR manager of the company Iryna Levenko said.

Now the company is developing a network of domestic transportation and successfully opening new directions. We hope that soon Ukrainians will be convinced of the availability and speed of domestic flights and travel around Ukraine with the reliable wings of WINDROSE Airline.

From June 2020, the Ukrainian airline WINDROSE launched a program of domestic flights within Ukraine. A transportation network began from six largest Ukrainian cities. However, in almost a year of existence, the flight map has already extended to 12 points: Kyiv, Lviv, Ivano-Frankivsk, Kharkiv, Dnipro, Odesa, Kherson, Zaporizhia, and Mykolaiv. Flights to Uzhgorod, Kryvy Rih and Chernivtsi will start next week. And, judging by the fact that the number of cities and new flights is growing, the program is in demand among Ukrainians. 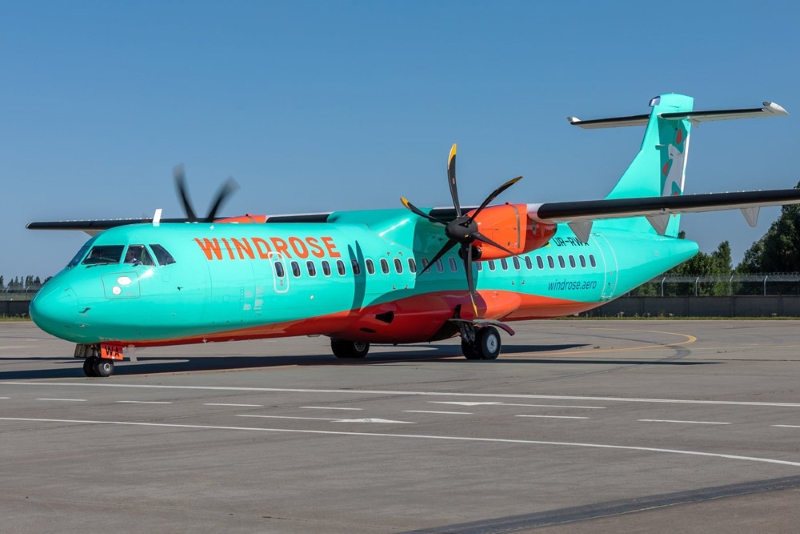 Interestingly, just a few months after the opening of flights within Ukraine, WINDROSE was the first to introduce a fare card in aviation. In Europe, this is a fairly common type of tickets, but we have such an offer for the first time. Earlier in the comments for the media, Commercial Director of WINDROSE Olha Tolstykhina noted that the program of domestic flights has not yet reached a break-even level. Taking into account the situation with the pandemic and the economic situation in general. Therefore, are aviation fare cards relevant in general? The press service of the company provided us with a comment regarding the sales of the fare cards. With the beginning of the summer season, they began to be advertised much more actively. Now there are three types of them: from 10 to 499 flights. The fare for one flight is $ 51, and the certificate itself is valid for a year.

The benefits are as follows:

❖ the cost of the ticket is fixed, so you do not overpay closer to the departure date;

❖ there are no restrictions on the booking period. The flight is available to booking until check-in for the flight;

❖ the flight using the fare card can be performed by the persons included in the list when ordering an airline fare card. The identification is the mobile phone number of the owner of the fare card.

Of course, such an offer is beneficial for those who travel frequently – business trips, the family in another city or even for health issues. Sometimes a medical specialist may be in another city, but consultations are needed several times. Also, for the year of the pandemic, domestic tourism has developed significantly and Ukrainians began to travel more within the home country. Therefore, there are many options for how to save money and travel more comfortably.