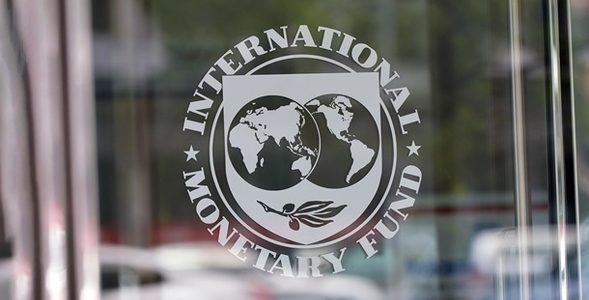 Ukraine expects to receive some $2.9 billion in financing from the International Monetary Fund (IMF) in 2021, for which the parliament is supposed to pass legislative amendments on reforming the judicial system, presidential economic advisor Oleh Ustenko said.
“We expect to receive an IMF tranche this year. Our program envisions $5 billion, and we have already received $2.1 billion,” Ustenko said on Ukrainian television on Monday.
“Ukraine’s cooperation with the International Monetary Fund is continuing,” he said.
“The Verkhovna Rada is supposed to pass legislative amendments essential for receiving the next tranche. I am talking about the need for judicial reform and [legislation] ensuring the functioning of anti-corruption infrastructure,” he said.
He said “the requirements of the program of cooperation with the IMF coincide with the program of the President of Ukraine, on which the head of state has repeatedly said.”
Ustenko also said, in order to amend the Ukrainian legislation in terms of the judicial system, the president held many meetings, communicated with Ukrainian and foreign experts and persuaded the MPs of the Verkhovna Rada.
“The program is taking place. As soon as the relevant legislative initiatives of the president are voted in the Verkhovna Rada, we can say that on our part we have fulfilled what we promised. We promised to fulfill not only the IMF, we do not do it for someone, we do it for Ukrainian people,” the advisor to the head of state said.
Ustenko said that successful cooperation with the IMF will give Ukraine the opportunity to make more profitable borrowings on the international market and is a good signal for foreign investors.
He also added that 2020 was a difficult year in terms of attracting investment, but the Ukrainian economy could receive about $3 billion in foreign direct investment in 2021.