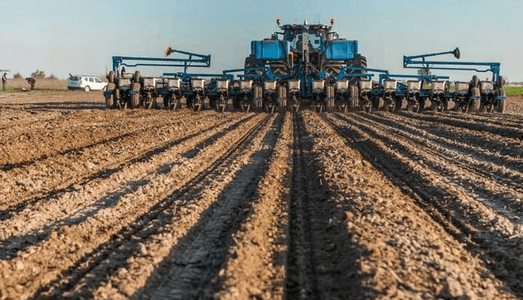 Ukraine will be able to sow approximately 14.2 million hectares in the course of spring field work this season. agricultural land, which is 80% of last year’s figure of 16.9 million hectares, the reduction in sown area is caused by the invasion of the aggressor country of the Russian Federation and the temporary occupation of part of the country’s territory.
The relevant data was announced by the Prime Minister of Ukraine Denys Shmygal before a meeting of the Cabinet of Ministers on Tuesday.
“As of April 18, the projected sown area of the main spring crops in the controlled area is 14.2 million hectares. This is 2.7 million hectares less than last year. That is, in fact, we will sow more than 80% this year last year’s areas with spring crops,” the Prime Minister stressed.
Previously, the Ministry of Agrarian Policy and Food estimated the area under spring crops in 2022 at 13.44 million hectares, compared with 16.92 million hectares in 2021.
As reported, in mid-March, Deputy Head of the President’s Office Rostyslav Shurma said that Ukraine’s goal in 2022 is to harvest at least 70% of last year’s volumes.
Taras Vysotsky, First Deputy Minister of Agrarian Policy, gave a similar assessment – he estimated the areas that Ukraine will be able to sow with spring crops in 2022 at a level of at least 70% of the 2021 figures. At the same time, about 10% of the sown areas may remain unused due to the risk of their being mined by Russian invaders or the resumption of hostilities nearby.