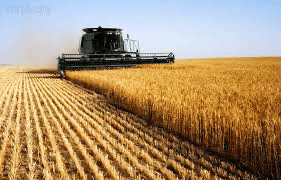 The decision of the European Commission to increase import duties for maize from EUR 5.27 to EUR 10.40 per tonne is not a threat to export of Ukrainian maize, Prse of the Ukrainian Grain Association (UGA) Mykola Horbachev has said.
“Changing the duties for maize is exclusively the market mechanism for protecting the domestic market, and not an administrative one. So, when the price for maize on the exchange grows, the duty is leveled, and when it falls, the duty increases. This practice works automatically and is not something new for the market, after all, at least it have existed for the past 20 years, or even more,” he told Interfax-Ukraine.
The president of the UGA said that in Ukraine the potential for the export of maize has actually been exhausted in the current agricultural year.
“Today, about 26 million tonnes out of the expected 29-30 million tonnes have been exported. Thus, Ukraine has already managed to supply most of maize to the EU,” Horbachev said.
This decision will also not have an impact on maize exports in the next season, as crop prices may increase with a new crop. The association said that share of the total Ukrainian maize exports to the EU is about 45%. To date, Ukraine has already supplied about 10.5 million tonnes of maize to the EU.
The European Commission from April 27, 2020 fixed the import duties in the cereals sector. The import duties for maize, sorghum and rye are now fixed at EUR 5.27 per tonne and the automatic calculation lead to a new figure of EUR 10.40 per tonne on May 6.