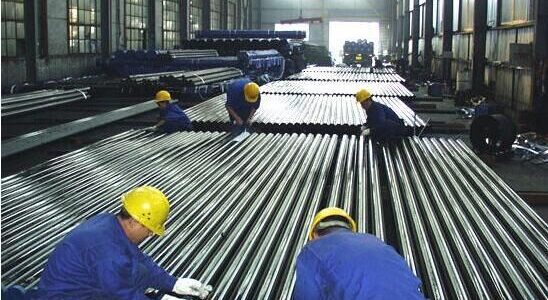 The main pipe enterprises of Ukraine in 2021 increased the production of pipes made of ferrous metals, according to operational data, by 15.1% compared to the previous year, to 980,700 tonnes, including 78,800 tonnes produced in December tonnes.
As a source in the government told Interfax-Ukraine, in particular, enterprises of the Ukrtruboprom association last year increased pipe production by 32.6%, to 710,500 tonnes, including 65,800 tonnes produced in December.
At the same time, the source said that after the pipe-rolling production of Interpipe Nyzhniodniprovsky Pipe Rolling Plant formally became part of Interpipe Niko Tube from April 2021, the statistics of pipe production at these enterprises changed. In accordance with the updated statistics, there was no production of pipes at Interpipe Interpipe Nyzhniodniprovsky Pipe Rolling Plant in June-December 2021, while at Interpipe Niko Tube it amounted to 57,000 tonnes last month, and in 2021 it doubled to 592,500 tonnes.
The production of pipes at Interpipe Interpipe Novomoskovsk Pipe Plant over the past year decreased by 24.3%, to 59,400 tonnes (in December it was 6,700 tonnes).
The Dnipropetrovsk Pipe Plant was idle last year, while in 2020 it produced 300 tonnes. Centravis reduced production by 2.2%, to 18,000 tonnes of stainless steel pipes (1,900 tonnes in December).
The Trubostal plant increased its output by 17.6% – up to 2 thousand tonnes of pipes (0.2 thousand tonnes).
Mariupol Illich Iron and Steel Works, which is not part of the Ukrtruboprom association, reduced the production of pipes by 28.7%, to 108,600 tonnes (in December it was 100 tonnes), Kominmet cut output by 1.3%, up to 161,600 tonnes (12,900 tonnes in December).