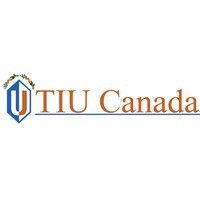 The Pivdenny Economic Court of Appeals has postponed the hearing of a case regarding the Nikopol Ferroalloy Plant (NFP) shutdown of TIU Canada’s solar power plant in Nikopol to July 27 due to the absence of one of the defendants, the Canadian company said in a press release on Thursday.
In addition, according to TIU Canada, one of the judges withdrew from the case on the morning of June 24 and was replaced, which was the next stage after the previous three judges recused themselves.
As reported, earlier the company had previously filed a motion to dismiss three judges of Pivdenny Economic Court of Appeals from the hearing the case “because of warnings about the connection between the latter and oligarch Ihor Kolomoisky, who is included in the list of persons subject to U.S. government sanctions.”
TIU Canada argued its distrust by the fact that judges Korsak, Popikova and Yevsikov, whose challenge the company is seeking, had previously ruled in favor of businessman Ihor Kolomoisky, who controls NFP, in the case against the state-owned PrivatBank, admitting that they would not be able to consider the case related to this enterprise without bias.
The 10.5 MW solar power plant was disconnected from the power grid by NFP in March 2020. TIU Canada said that NFP took advantage of the fact that the SPP was connected to a substation located on its territory, and explained the need for disconnection by repair work. The shutdown caused the company in excess of EUR1.5 million losses, which continue to grow.
As a result, Ekotekhnik Nikopol LLC (TIU Canada) filed a claim against NFP with the Kyiv Economic Court. In the middle of February, the company said it would challenge a January 26 court ruling that rejected the company’s claims against NFP.