ANOTHER PLANE WITH UKRAINIANS DEPARTS FROM AFGHANISTAN 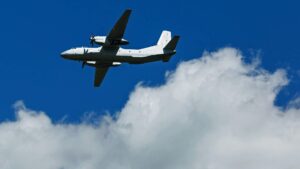 Another plane has departed from the airport of Kabul (Afghanistan) with more than 100 Ukrainian citizens on board.
The relevant statement was made by Minister of Foreign Affairs of Ukraine Dmytro Kuleba during the inaugural summit of the Crimea Platform in Kyiv on Monday.
“Now, while we are discussing the issue of Crimea, another Ukrainian plane took off from Kabul. There are more than 100 Ukrainian citizens on board,” Kuleba said.
On the morning of August 22, the Ukrainian military transport aircraft Il-76MD of the Ukrainian Air Force, which took off from the Afghan airport of Kabul the day before, arrived in Boryspil. On board there were 83 passengers, of whom 31 were citizens of Ukraine. 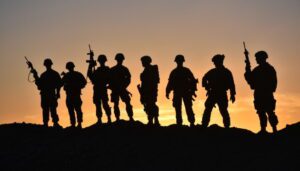 All Ukrainian national personnel of NATO-led Resolute Support Mission in Afghanistan returned to Ukraine from June 1 to June 5.
“The planned return took place due to the decision of the NATO side to terminate the mission, which was adopted on April 14, 2021, following a meeting of the North Atlantic Council at the level of foreign ministers and defense ministers of the Mission’s contributing states,” the Defense Ministry of Ukraine said.
In total, the NATO mission in the Islamic Republic of Afghanistan included 21 servicemen of the Armed Forces of Ukraine.
The main tasks of the Ukrainian national personnel included fulfilling duties as staff officers at the mission headquarters; conducting engineering reconnaissance of traffic routes, objects and terrain; implementation of measures to counter the use of improvised explosive devices and the disposal of explosive objects, and others.
“The experience gained in fulfilling the tasks of NATO-led Resolute Support Mission will be used by Ukrainian servicemen at home. In particular, carrying out tasks for the purpose of countering the Russian armed aggression in the area of the Joint Force Operation,” the Defense Ministry said.
NATO-led Resolute Support Mission in Afghanistan launched on 1 January 2015 as part of the implementation of the decisions of the Alliance Summit in Chicago (May 2012) to provide the Afghan government with further assistance in the development of the Afghan National Security and Defense Forces.
“Resolute Support” in Afghanistan officially replaced another International Security Assistance Force (ISAF) operation, which ended on December 28, 2014.