UKRAINIAN AGRO-REGION PLANS TO BUY FARMLAND AFTER OPENING OF MARKET 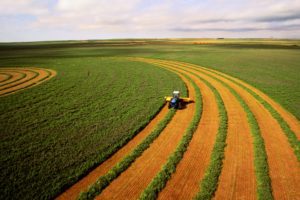 Agro-Region (Velyka Oleksandrivka, Boryspil region in Kyiv region) plans to buy farmland with the opening of the land market in Ukraine, Agro-Region CEO Kateryna Rybachenko has said. “We, of course, plan to buy land with the opening of the market. The huge problem was that we could not invest in irrigation if the land did not belong to us. If people want to sell the land, we will be the first in line who will offer to buy it,” she told Interfax-Ukraine.
According to Rybachenko, now the company pays an average of $150 rent per hectare.
“We annually invest at least $100 per hectare in new equipment. The plans for the next year, in addition to investing in equipment, are to send funds to buy land if someone has a desire to sell it,” the CEO said.
At the same time, she said that there were no plans to increase the land bank, however, Agro-Region considers it necessary to invest in updating existing assets and ongoing projects.
Agro-Region was founded in 2002. It processes 38,000 hectares in Khmelnytsky, Zhytomyr, Chernihiv and Kyiv regions. The company annually produces 240,000 tonnes of grain and oilseeds. It has two silos in Boryspil and Myropil with a total storage capacity of 150,000 tonnes.