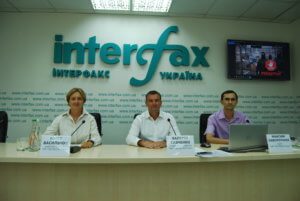 Damage to Pak-Expo Leasing LLC (Slavutych, Kyiv region), a plant for production of one-component polyethylene caps for PET bottles, from an attempted raider seizure amounted to UAH 600,000.
“More than 40 unknown masked persons at 17:30 on August 8 seized the production facilities of Pak-Expo Leasing and had been holding them until 24:00. After the intervention of law enforcement officers, the raiders left the premises,” director general of the company Valeriy Savchenko said at a press conference at Interfax-Ukraine.
The company reported that the leader of the illegal capture had been detained by the law enforcers.
According to lawyer of Pak-Expo Leasing Maksym Zavorotniuk, the “standard raider scheme – the alienation of property rights through the state registrar on fictitious documents” was launched in relation to the company.
“This happened on August 7-8, but we reacted quickly and noted the registration actions, thus renewing the property rights in the state register of rights to immovable property. A lawsuit has been filed with the Economic Court of Kyiv region on invalidating the documents on the basis of which the raider seizure took place,” the lawyer said.
The core business of Pak-Expo Leasing, operating in the Ukrainian market since 2004, is the production and sale of single-component polyethylene screw caps for carbonated and non-carbonated beverages, juices, and dairy products.
Since 2004, the company has invested EUR8 million in its development.