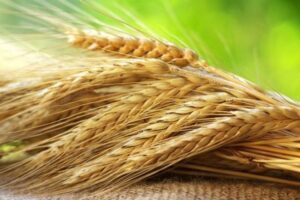 The price of wheat in Ukraine on EXW terms (self-delivery) has reached its minimum values for the month, having decreased by 31.1% over the period from May 23 to June 27 – to UAH 4,500/ton from UAH 5,900/ton, according to an infographic on the website of the consulting agency “Ukragroconsult” on Monday.
Over the same period, the cost of EXW corn decreased by 17.4% – to 4750 UAH/ton from 5750 UAH/ton, and barley – by 29.7% – to 4500 UAH/ton from 6400 UAH/ton.
At the same time, the main drop in prices for grain within the country occurred over the past week: for the period June 20-27, wheat fell in price by 24.4% (from 5600 UAH/ton on June 20), corn – by 15.1% (from 5600 UAH/ton ), barley – by 30.7% (from 6500 UAH / ton).
As reported with reference to the data of the electronic grain exchange GrainTrade, the purchase prices for wheat in Ukraine fell to 5500-6500 UAH / ton with delivery to the mill against the backdrop of blocking the country’s seaports by Russian warships. Additionally, the price reduction was influenced by the introduction of export licensing in March, the abolition of which in July 2022 was announced the day before by First Deputy Minister of Agrarian Policy Taras Vysotsky.
According to the exchange, in anticipation of the harvest of the new crop, agricultural producers are trying to free up granaries, so they are activating wheat sales, thereby increasing pressure on prices for it. Thus, the abolition of licenses will revive exports and stabilize wheat prices.