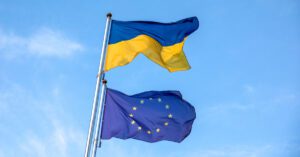 In response to a temporary, for a year, full trade liberalization by the EU, Ukraine is ready to abolish duties on European goods, said Deputy Minister of Economy – Trade Representative of Ukraine Taras Kachka.
“So that we can continue to talk about maintaining the zero-to-zero regime for longer than 12 months, we are ready to introduce such a mechanism now,” Kachka said during a meeting of the committee on finance, tax and customs policy on Thursday.
He added that Ukraine intends, first of all, to abolish duties on agricultural products from the EU.
The trade representative indicated that he sees the need to protect the Ukrainian market from goods from those countries with which there are no preferential terms of trade.
“The competition that we want to defend against is Turkey, China and other countries with which we do not have a preferential trade regime,” he said.
“Therefore, in order to work with the EU on a permanent customs-free trade regime, we want to take such a step. And in the context of our candidacy for the EU, this is very correct and appropriate,” Taras Kachka added.
“It is economically beneficial for us. The only industry where there is an economic imbalance is pork meat, but here it is more likely due to African swine fever, as well as cheese. We had a discussion on cheese whether the market should be protected. On the one hand, in In recent years, there has been an increase in cheese imports, mainly from Poland, but the total share of imported cheeses does not exceed 25%… There are no clear signs of harm for Ukrainian cheese producers,” Kachka explained.

CANADA CANCELS ALL DUTIES ON GOODS FROM UKRAINE FOR ONE YEAR 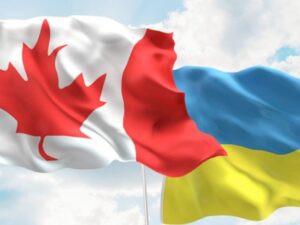 Canada, following the UK and the EU, is canceling all duties on imports of goods from Ukraine, Canadian Prime Minister Justin Trudeau announced after meeting with President Volodymyr Zelensky in Kyiv on Sunday.
“This is a good continuation of the initiative of the EU and Britain, which confirms the interest of developed countries to involve the Ukrainian economy in their own industrial and trade chains,” Yulia Sviridenko, First Deputy Prime Minister and Minister of Economy, commented on this decision.
She recalled that on the eve of this meeting, she also discussed with Canadian Minister of International Trade Mary Angie the whole range of economic cooperation measures that both countries intend to implement.
“For our ministry and Ambassador to Canada Yulia Kovaliv, this is an ambitious work program for this year,” Sviridenko stressed. 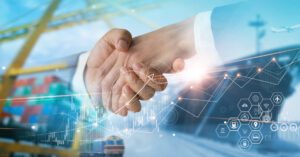 Ukraine and the UK have legally secured the abolition of import duties and tariff quotas in bilateral trade by signing a relevant agreement, the Ministry of Economy of Ukraine reported on Wednesday.
“The agreement will be valid for 12 months, but can be extended by agreement between the parties for a new period,” the release states.
According to it, now Ukrainian producers can export more products to the British market. First of all, we are talking about flour, grain, dairy products, poultry meat and semi-finished products, tomato paste, honey, corn, wheat, juices, mushrooms, and sugar – these are the goods Ukraine traditionally exports to the UK.
The Ministry of Economy noted that in 2021, the trade turnover between Ukraine and the UK increased by almost 57%, to $2.2 billion, with exports especially intensified (up by 62%), exceeding $1 billion.
The ministry recalled that the European Union also recently announced its intention to cancel the collection of all import duties on Ukrainian goods for a year.

EGYPT CANCELS IMPORT DUTIES ON SOME PRODUCTS INCLUDING UKRAINE 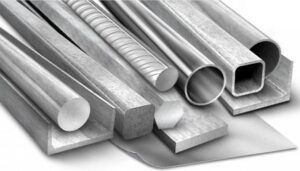 The Ministry of Trade and Industry of the Arab Republic of Egypt has canceled preventive import duties on steel billets, rebar and aluminum products regardless the country of origin, including from Ukraine.According to an official posting on the website of the Egyptian Ministry, Minister of Trade and Industry Nevin Gamea has issued two orders to terminate resolutions No. 907 of 2019 and No. 168 of 2021, introducing preventive measures against the import of steel billets, rebar and aluminum products.According to this information, these two decisions come into force the next day after their publication in the Egyptian Gazette.As the minister explained, both decisions were made to support the sectors of the economy due to high inflation rates, growth in energy, materials and to meet the production needs of Egyptian companies.In turn, Ibrahim al Seginy, Assistant Minister for Economic Affairs and Head of the Commercial Processing Sector, explained that the sector received a number of complaints from the local industry, as the introduction of preventive duties affected these sectors. At the same time, it was recorded that there was a significant increase in prices for these goods, as well as the lack of a sufficient number of local substitute products to meet the needs of the local market. It also affected the high cost of finished goods, which negatively affects the competitiveness of Egyptian exports.According to the Ministry of Economy of Ukraine, on April 15, 2019, Egypt announced the introduction of temporary protective duties on steel products (for fittings in the amount of 17-25%, semi-finished products made of iron and unalloyed steel – 10-16%, depending on the price).This measure was introduced by Egypt to protect local steel producers from an increase in steel supplies to the country after the closure of the American market (as a result of the US government’s imposition of barrage measures on steel and retaliatory measures from other countries, including the EU). These restrictions were supposed to be valid until April 11, 2022.

UKRAINE EXTENDS DUTIES ON IMPORT OF STAINLESS PIPES FROM CHINA 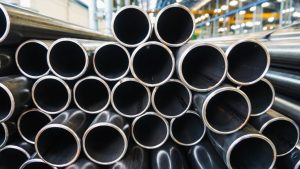 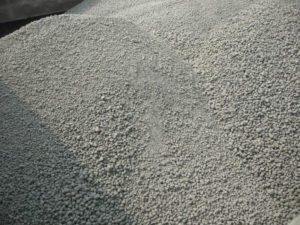 Antidumping duties on clinker and Portland cement from Russia, Belarus and Moldova introduced by Ukraine in the summer of 2019 served as an incentive to increase the load and production volumes of Ukrainian cement plants, market participants surveyed by the Interfax-Ukraine agency have said.
“We regard this step as positive, which allowed us to increase the load of enterprises and output of marketable products. Now our capacities are 90% loaded,” Mykola Kruts, the chairman of the board of PrJSC Ivano-Frankivskcement, told Interfax-Ukraine.
PrJSC Dyckerhoff Cement Ukraine agrees with his opinion. The company is witnessing the revival of market relations, the restoration of healthy competition and par prices for cement in the market, which creates conditions for further stable doing business.
“We consider the decision to impose duties on import of cement from the countries at dumping prices to be absolutely correct. This decision helped maintain a stable market position for Ukrainian producers, which, in turn, by developing their production, are able to satisfy the demand of all consumers in Ukraine. Otherwise, the dumping position of cement imported from Russia, Belarus, and Moldova could significantly worsen the financial results of PrJSC Dyckerhoff Cement Ukraine and lead to significant financial losses,” the company said.
In the eight months of 2019, the enterprise overfulfilled its plan for the growth of production volume by 17%, increasing the figure by 25% compared to the same period in 2018.
The growth of the company’s budget indicators this year is associated with cement supplies to various construction projects.
“In addition to deliveries to such a traditional sector as housing and commercial real estate construction, PrJSC Dyckerhoff Cement Ukraine also supplies cement for the construction of infrastructure facilities of national importance,” the company said.
In particular, the matter concerns the construction of a number of roads, a runway in Odesa, the reconstruction of the runway at Zaporizhia airport, the construction of wind power farms in Kherson and Mykolaiv regions, grain terminals, the development of berths in seaports, etc.
According to PrJSC HeidelbergCement Ukraine, in connection with the growth in cement sales, its production over the eight months of 2019 at Kryvy Rih plant rose by 14.7% compared to the same period in 2018 and amounted to 526,300 tonnes.
At the same time, the company notes that the production capacity is still low.
“Protection of Ukrainian producers against cement and clinker of Belarusian and Russian producers allowed to stabilize cement prices in the domestic market, but over the last three months, cement from Turkey aggressively entered the cement market, which, like Belarusian, is sold at low prices in the south and east of Ukraine. The state is obliged to protect domestic producers in the key sectors of the economy, this will allow enterprises to focus on the development of production, maintain jobs, improve work efficiency,” the company said.
According to HeidelbergCement Ukraine’s forecasts, cement production growth in Ukraine next year could reach 5-7%, provided that antidumping duties are maintained.
“The current political course of the country and the statements of the country’s leadership give hope for the development of the economy and, as a result, the construction market as a whole. As a result, we predict that the market growth in the next years will be 5-7%, which opens up the possibility of loading production capacities by 90-95%,” the company noted.
According to the company, there are currently ten cement plants operating in the Ukrainian market, the production capacities of which are 65% loaded, therefore each enterprise seeks to increase production, which significantly toughens competition.
“This year, the production capacities of PrJSC Dyckerhoff Cement Ukraine are 60% loaded of their design capacity. If there is demand in the market, the company is ready to increase production to the full utilization of design capacities,” the report says.