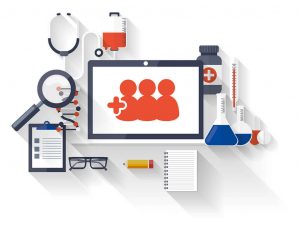 Foreign companies are interested in entering the Ukrainian electronic health care system market, and the Ministry of Health intends to assist them, Deputy Health Minister Yaroslav Kucher said during a press briefing in Kyiv on Wednesday.
“There is an interest from many countries around the world in our system, how it works and whether it is possible to enter the market. It is the best time for this now. Our team is ready to assist new companies, but first of all we support the national producer,” he said.
The deputy minister added that the Ministry of Health is working on approving the concept of the electronic health care system and developing an action plan. In addition, Kucher noted that from 2021 all medical institutions should have access to the electronic health care system.
“In accordance with order of the Ministry of Health No. 587, from January 1, 2021, all medical institutions and private entrepreneurs who have received the appropriate license must be able to enter medical records on referrals and prescriptions for medicines, have access to the electronic health care system respectively,” he said.
Kucher also added that Ukraine had already introduced electronic medical certificates of birth. “As of Wednesday morning, the first document of a newborn has been written out more than 6,000 times. The leaders in issuing such documents are Dnipropetrovsk and Kharkiv regions, as well as Kyiv,” he said.

Agricultural companies operating on the Ukrainian market for over three years would be able to buy farmland which they lease as of the date of the opening of the market, October 1, 2029, Head of the Verkhovna Rada committee for agricultural policy and land relations Mykola Solsky (the Servant of the People parliamentary faction) has said.
“There are more than 1,300 enterprises that have been operating in Ukraine for years, investing in Ukrainian land, infrastructure, creating jobs, and belong, including to foreigners. For this category of legal entities, only those that have been engaged in agricultural business for at least three years in Ukraine, and only for the amount of land that they cultivate at the time the law comes into force, which they have in the contracts,” he said at a briefing in the Verkhovna Rada on Friday.
In the near future, the land committee intends to consider 11 land bills that are registered in the Rada, Solsky said.
According to him, the Ministry of Economic Development, Trade and Agriculture is currently considering the introduction of a limit on government support in the framework of budget support for 2020, estimated at UAH 4.4 billion, at the level of UAH 5 million per person or a group of affiliated persons.
Deputy Minister of Economy, Trade and Agriculture Taras Vysotsky, in turn, noted the need to include all the information about state-owned land in the register of the State Service for Geodesy, Cartography and Cadastre by August 1, 2020.
“By the end of the year, we will enter information on 1 million hectares of state-owned land, and before August we will have to add another 0.5 million hectares. We are in line with the schedule,” Vysotsky said.
He said that it is planned to hold 18 regional forums devoted to the land market. 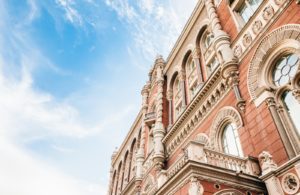 The National Bank of Ukraine (NBU) gives an opportunity to open accounts to new non-resident entities on the financial market of Ukraine, including foreign investment foundations and asset managers acting on behalf of such investment foundations, reads a posting on the NBU website.
The right to open accounts in Ukrainian financial institutions and carry out forex transactions through them by non-resident legal entities is ensured by the law of Ukraine on currency and currency operations and the law amending some laws of Ukraine on investment promotion, as well as the EU-Ukraine Association Agreement.
The NBU has updated the instruction on the procedure of opening and closing customer accounts in banks and correspondent accounts in banks for residents and non-residents.
The central bank’s board approved the new version of the document by instruction No. 56 amending some laws and regulations of the National Bank of Ukraine on April 1, 2019. The document was posted on the website of the NBU and came into effect on April 4, 2019.
The instruction regulates the procedure of opening and closing by banks of:
– client accounts of residents and non-residents (individuals and legal entities);
– correspondent accounts of residents and non-residents;
– accounts of international financial institutions and their managers under trust agreement.
The NBU said that the facilitation of the procedure of opening client accounts envisaged by the instruction will have a good effect on the business climate in Ukraine due to the cancellation of the requirement to provide samples of signatures by clients when opening bank accounts. From now on account management will be performed on grounds of the list of entitled persons without notarial certification. In addition, change of name of a legal entity will not entail closing of active accounts.