EXPERTS: FULL-FLEDGED FARMLAND MARKET IN UKRAINE WILL APPEAR AFTER OPENING IT FOR LEGAL ENTITIES IN 2024 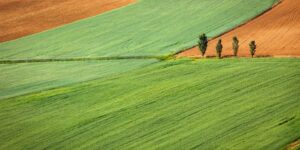 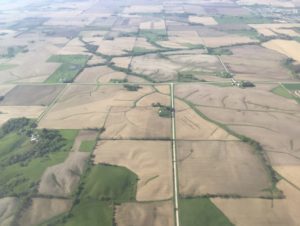 The president’s bill about farmland turnover in Ukraine, which should be published within two weeks, allows legal entities to participate in the land market, acting Minister of Agricultural Policy and Food of Ukraine Olha Trofimtseva has said. “The president’s position regarding legal entities is quite liberal and this is one of the disagreements that exist between us. I believe that certain restrictions, safeguards should be established at the first transitional stage, I advocate a phased opening of the market and, accordingly, its phased liberalization,” she said at a press conference.
According to Trofimtseva, the presidential bill is based on the government’s bill.
“The changes that will be made in it concern legal entities, I think we will see it soon, it will be introduced in the Verkhovna Rada as the president’s bill, but this will be the subject of discussion after the first working day of the Verkhovna Rada, after the formation of the new Cabinet [of Ministers]. This is a question of a week or two,” the acting minister said.
In addition, Trofimtseva said that as part of the land reform, at least six or seven bills will be presented that will be aimed at the normal functioning of the land market.