ARAKHAMIA: MEETING OF PRESIDENTS OF UKRAINE AND RUSSIA WILL MOST LIKELY TAKE PLACE IN TURKEY 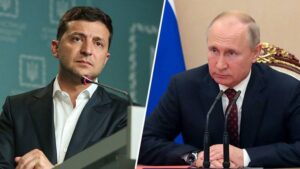 Presidents of Ukraine and Russia Vladimir Zelensky and Vladimir Putin “with a high degree of probability” will meet in Turkey, head of the Ukrainian delegation at the talks David Arakhamia said during a telethon on Ukrainian television on Saturday.

According to him, Turkish President Recep Tayyip Erdogan “called both us and Vladimir Putin yesterday, and he seemed to confirm for his part that they were ready to organize a meeting in the near future.”

“Neither the date nor the place is known, but we believe that the place with a high degree of probability will be Istanbul or Ankara,” Arakhamia said. 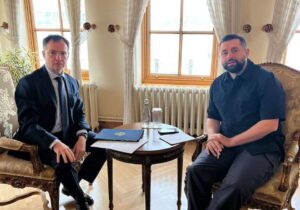 A meeting of the heads of delegations is taking place in Istanbul as part of the Ukrainian-Russian negotiations.

“Round of heads of delegations. David Arakhamia and Vladimir Medinsky. On the fundamental provisions of the negotiation process. Delegations are working in parallel on the entire spectrum of contentious issues,” Mykhailo Podoliak, the adviser to the head of the President’s Office of Ukraine, wrote on Twitter.

It was previously planned that the negotiations would last until March 30.

ERDOGAN HOPES TO ARRANGE MEETING BETWEEN PRESIDENTS OF RUSSIA, UKRAINE AFTER UKRAINIAN-RUSSIAN TALKS IN ISTANBUL 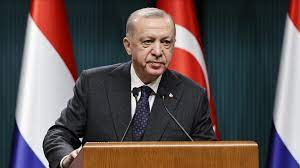 Turkish President Recep Tayyip Erdogan, speaking before the start of talks between Russia and Ukraine in Istanbul, expressed hope that they would facilitate a personal meeting between the Russian and Ukrainian presidents.

“The progress made in these talks will allow the leaders of Russia and Ukraine to negotiate in person,” Erdogan was quoted as saying by Daily Sabah.

He noted that Turkey is also ready to host such talks between the two leaders on its territory.

Erdogan indicated that Turkey is “deeply concerned” about the situation around Ukraine and calls for a ceasefire.

“The negotiation process between Russia and Ukraine has raised hopes for peace. Ensuring a ceasefire as soon as possible would be beneficial to all parties,” the Turkish president said.

“We hope that the meetings [in Istanbul] will benefit both sides and the region,” he said.

“I think it is possible to come to an agreement that will suit both sides and the world community,” he stressed. Erdogan noted that a “permanent, fair, practical solution is required.”

Erdogan also stressed that Turkey is ready to perform mediation functions for as long as necessary. “We are ready to help the peace process as much as you need,” he said, addressing the Russian and Ukrainian delegations.

Negotiations between the Russian and Ukrainian delegations began in Istanbul on Tuesday morning, they are taking place in the Dolmabahce Palace.

LEONID KUCHMA: PUTIN-ZELENSKY MEETING WILL BE COMPLICATED FROM ALL POINTS OF VIEW 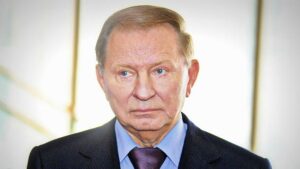 A possible future meeting of Ukrainian President Volodymyr Zelensky with Russian President Vladimir Putin will be complicated, said Leonid Kuchma, the second president of Ukraine, ex-head of the Ukrainian delegation to the Trilateral Contact Group (TCG).
“Everything is possible in life. The main thing is the desire of our president … We will be waiting for a signal from the other side. But this meeting is too complicated from all points of view. It seems to me that I could be wrong – the conversation will be in different languages,” Kuchma said in an interview with journalists at the YES Brainstorming forum.
According to him, it is not yet clear whether Putin is ready to meet in the framework of problems that now exist in Ukrainian-Russian relations and to take “specific steps.”
Kuchma added that the big question is whether it is worth “just going nowhere and coming with nothing.”
YES Brainstorming is a new format event for the Yalta European Strategy (YES) in partnership with the Victor Pinchuk Foundation. The topic of the meeting is entitled “After COVID Means Before the Disaster? Steps to Survival.”
The annual meetings of the Yalta European Strategy, a public organization that would facilitate the process of Ukraine’s accession to the EU, have been held since 2004 at the initiative of Victor Pinchuk. YES meetings have become an open platform for discussing new ideas and views on the development paths of Europe, Ukraine and the whole world. 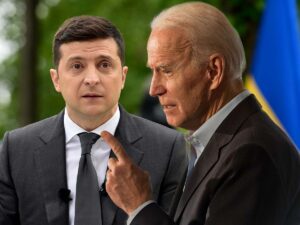 President of Ukraine Volodymyr Zelensky looks forward to a substantive and productive meeting with U.S. President Joe Biden at the White House on August 30 to discuss important issues of strategic partnership between Ukraine and the United States.
“Look forward to a substantive and productive meeting with President Biden on August 30. The United States is our top strategic partner. We will have frank and vibrant discussion regarding serious security threat Nord Stream 2 poses to Ukraine, peace in Donbas, return of Crimea and the economic development challenges Ukraine faces,” ​​Zelensky wrote on Twitter on Wednesday.
Earlier on Wednesday, the White House said that Biden will meet with his Ukrainian counterpart Zelensky in Washington on August 30. 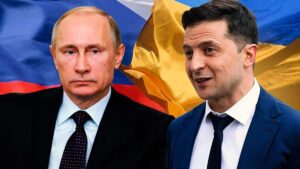 Some 67.1% of Ukrainians are confident that a personal meeting between President of Ukraine Volodymyr Zelensky and President of Russia Vladimir Putin will contribute to resolving the situation in Donbas, according to a sociological survey conducted by the Social Monitoring Center from June 29 to July 9 and presented at the Interfax-Ukraine news agency on Wednesday.
At the same time, 30.3% of respondents are sure that the meeting of Zelensky and Putin will not contribute to the restoration of peace in Ukraine, the return of Donbas and the establishment of good-neighborly relations with Russia, and 2.6% found it difficult to answer.
At the same time, 49.3% of respondents believe that Zelensky should hold a personal meeting with representatives of the self-proclaimed republics in order to return Donbas and peace to Ukraine, 41.1% expressed doubts about the effectiveness of such a meeting, and 9.6% found it difficult to answer.
Also, 51% of Ukrainians believe that the implementation of the Minsk Agreements on the settlement of the conflict in Donbas is in the interests of Ukraine, 39.6% are against such a statement, and 9.4% refused to answer.
The sociological survey was carried out throughout Ukraine, with the exception of the temporarily occupied territories of Donetsk and Luhansk regions and the Autonomous Republic of Crimea, among people over 18 years old by the method of personal interviews at the place of residence of the respondents. The sample is 3,011 respondents.