PACKAGE OF EU SANCTIONS PROVIDES FOR PHASE-OUT OF RUSSIAN OIL: FROM 6 MONTHS FOR CRUDE OIL TO 8 MONTHS FOR OTHER REFINED PRODUCTS 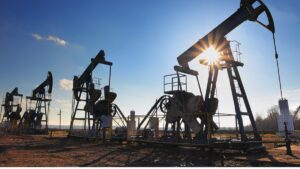 Austria is ready to participate in the embargo of oil from Russia if the relevant decision is made by the European Commission, said Minister of Climate, Environment and Energy of the country Leonore Gewessler.
“So far there is no proposal from the European Commission, but Austria is ready to consistently participate in the oil embargo if the commission and the participating countries are ready to introduce it.
According to her, Austria is prepared for this. Previously, about 10% of Austria’s oil imports came from Russia. Recently, active work has been carried out to reduce this share, and in March there was no purchase of Russian oil. But the situation in different EU countries is different, she noted. 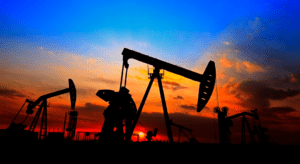 A group of Ukrainian and international experts analyzing the real impact of the sanctions applied against Russia have discovered shipments of Kazakh oil that may secretly contain Russian oil, Oleg Ustenko, economic adviser to the President of Ukraine, said in a commentary to The Economist.
“A group of experts has already managed to detect shipments of Kazakh oil, which they believe contain part of the secretly loaded Russian oil,” Ustenko said, quoted on the website of the official website of the President of Ukraine on Friday.
As the source explained, the expert group tracks tankers with Russian oil using network analysis software, which, in particular, allows you to establish links between disparate data.
Experts are tracking the energy supply routes through which “Russia is desperately trying to finance its war machine.”
Information to the group is provided by both international experts and members of the government of other countries and even intelligence.
“The program analyzes the behavior of ships, taking into account various information. For example, the declared cargo, route and insurance data, as well as historical navigation patterns in various weather and market conditions. You can even see the tonnage of cargo on board the ship and understand if there is a suspicion that on There may be more cargo on board than stated,” the website notes with reference to Ustenko.
Experts following the results of the analysis send warnings to the relevant governments and companies, including Ukrainian departments.
In addition, a more modern approach is being taken, which involves the use of satellites in low orbits to receive signals from airborne radars.
“They’re used for navigation and collision avoidance, so sailors don’t tend to turn them off,” the source explained.
New signal processing software determines the geolocation of the signal source, sometimes within a few hundred meters. 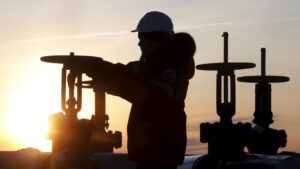 The UK will gradually stop importing Russian oil by the end of 2022 in response to Vladimir Putin’s illegal invasion of Ukraine, the British government said in a statement on Tuesday.
“The UK is working closely with the US, the EU and other partners to end our dependence on Russian hydrocarbons in response to Russian aggression in Ukraine, recognising the different circumstances and transition timelines. This significant move will increase the growing pressure on Russia’s economy by choking off a valuable source of income,” the document says.
According to it, the refusal of imports will not be immediate: the UK, which covers 8% of its oil demand from Russia, will have more than enough time to adjust supply chains, support industry and consumers. The government will work with companies through a specially created Taskforce on Oil to help them use this period to find alternative sources.
London notes that oil accounts for 44% of Russian exports, which provides 17% of federal budget revenues.
According to the British government, in a competitive global market for oil and petroleum products, demand can be met by alternative suppliers. The UK has various reliable suppliers outside of Russia, including the Netherlands, Saudi Arabia and the United States.
“In another economic blow to the Putin regime following their illegal invasion of Ukraine, the UK will move away from dependence on Russian oil throughout this year, building on our severe package of international economic sanctions,” UK Prime Minister Boris Johnson said.
According to London, Russian oil is already being ostracised by the market, with nearly 70% of Russian oil currently struggling to find a buyer, and in a competitive global market demand will quickly be met by alternative suppliers. On March 1, Russian ships were banned from UK ports and authorities were granted new powers to detain Russian vessels.
The statement notes that the UK is not dependent on Russian natural gas, making up less than 4% of our supply. Ministers are also exploring options to reduce this further.
The Prime Minister confirmed that the government will set out an energy strategy to set out the UK’s long term plans for greater energy security, including both renewable and domestic oil and gas supplies.
As reported earlier on Tuesday, the United States announced a complete renunciation of Russian oil imports. 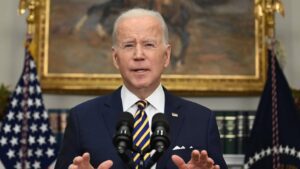