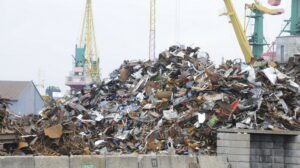 In January-June of this year, the State Customs Service of Ukraine issued 80 certificates for the export of scrap metal to EU countries to enterprises dealing with ferrous scrap, according to the Ministry of Finance’s response to the letter of the Ukrainian Association of Secondary Metals (“UAVtormet”), dated July 23, 2022.
At the same time, the Ministry of Finance stated that the State Customs Service did not receive requests from subjects of foreign economic activity regarding problems in obtaining certificates.
In turn, “UAVtormet” sent a letter to the Ministry of Finance and the State Customs Service on June 20, 2022, a copy of which is in the possession of the “Interfax-Ukraine” agency, in which it pointed out the appeal of market participants regarding selectivity in the issuance of permits for export procedures, in particular, in the issuance of certificates for supply of scrap to the EU.
In the appeal of “UAVtormet” it was emphasized that the Ministry issued an order dated March 2, 2021 approving the procedure for issuing certificates. According to the Association, the procedure for obtaining a certificate is significantly complicated, it does not contain a complete list of necessary documents, and the procedure for a full or partial inspection of vehicles for product identification is used to delay the registration of export consignments.
UAVtormet believes that this creates corruption risks and causes financial losses to both the state and Ukrainian business.
The association asked the Ministry of Finance to hold an operational meeting on problematic issues in the export of scrap metal, with the involvement of experts from the ministry, the State Customs Service, the Chamber of Commerce and Industry, “UAVtormet” and “UAVtormetresurs”.
As reported, Ukrainian enterprises in January-June of this year reduced the export of ferrous metal scrap eightfold compared to the same period last year – to 28.74 thousand tons, in monetary terms, the export of scrap metal decreased by 6.8 times – to $12.24 million.
Scrap metal was exported in January-June 2022 mainly to Turkey (61.35%), Poland (12.49%) and Germany (9.45%).
In 2021, Ukraine increased the export of scrap metal by 17.2 times compared to the previous year – up to 615.69 thousand tons. In monetary terms, the export of scrap metal increased 25.2 times to $238.90 million.
Ukrainian Association of Secondary Metals (“UAVtormet”), Ukrainian Association of Scrap Metal Exporters (UAEM) and “Ukrainian Association of Secondary Metals and Resources” (“UAVtormetresurs”) operate in Ukraine. 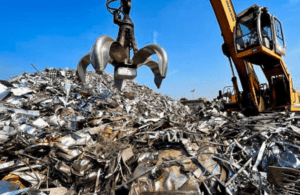 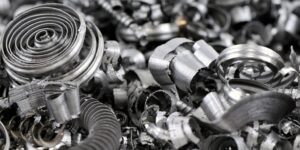 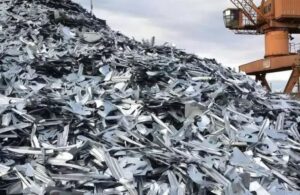 Ukrainian enterprises in January-November of this year increased the export of ferrous scrap, according to operational data, by 24.8 times compared to the same period last year, to $211.92 million from $8.55 million.
According to preliminary summarized statistics released by the State Customs Service on Thursday, in money values, the export of scrap metal in November 2021 amounted to $16.17 million, while in November 2020 it was $352,340.
At the same time, in January-November of this year, the country increased the import of scrap metal in money values by 88%, to $40.91 million; in November, scrap was imported for $3.47 million. 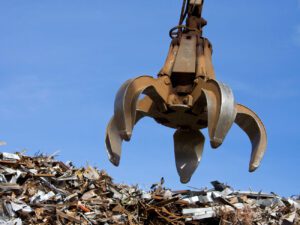 Ukrainian enterprises in January-September this year increased exports of ferrous metal scrap by 27 times in monetary terms compared to the same period last year, to $175.59 million from $6.46 million.
According to statistics released by the State Customs Service, in September alone, exports of scrap metal totaled $18.44 million, while in September 2020 it was $1.13 million.
At the same time, in January-August of this year, the country increased imports of scrap metal in monetary terms by 2.05 times, to $31.81 million. In September, imports of scrap was worth $2.87 million. 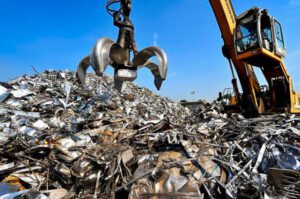 The Verkhovna Rada adopted at the final reading bill on amendments to Section II Final and Transitional Provisions of the Law of Ukraine on amendments to certain laws of Ukraine concerning reducing the shortage of ferrous scrap on the domestic market, which is proposed to prolong the export duty in the amount of EUR 58 per tonne for another five years.
Some 291 MPs backed the bill at a parliamentary session on Tuesday.
One of the authors of bill No. 5175, Deputy Head of the Verkhovna Rada Committee for Economic Development Dmytro Kysylevsky, in his Facebook post, expressed his satisfaction with the adoption of the bill.
At the same time, he recalled that the duty was first introduced in 2016 to moderate the export of scarce raw materials from Ukraine. The metallurgical industry, which provides 10% of the national GDP, 35% of merchandise exports and 200,000 jobs, cannot work without it. After all, there is no technology that allows getting steel without using scrap metal.
“As the deputy head of the parliamentary committee for economic development, I understand that only the export of products with high added value will allow us to become a strong and rich country. In this case, 1 tonne of exported scrap gives Ukraine a little less than UAH 2,000 (this is the payment of the EUR 58 duty), while 1 tonne of the same scrap processed into finished steel products at Ukrainian steel plants brings about UAH 8,000 in taxes. That is, it is four times more profitable for the state to process scrap into metal and then into finished products than to export raw materials,” the parliamentarian said.
According to him, in this case there is no question of choice: to export raw materials or processed products with added value. At the same time, he said that if the initiative to extend the duty did not receive the necessary support from MPs, then 21,000 jobs and about UAH 1 billion of taxes per year would be lost for the Ukrainian state.
“And, of course, we need to think about the future. The EU Green Deal further increases the value of scrap as a raw material for metallurgy: its use in electric arc furnaces reduces CO2 emissions by up to 90% compared to conventional technologies of steel production in converters and open-hearth furnaces. And since Ukraine undertakes to reduce CO2 emissions, it is necessary to take care of the resources for this, as other countries are already doing,” Kysylevsky said, adding that the European metallurgical association Eurofer generally demands to ban the export of scrap metal from the EU, taking into account the EU Green Deal.
“At the same time, I want to reassure the skeptics: the bill does not contradict our international obligations. This is a temporary measure that is not discriminatory. It complies with the WTO law on security exceptions: we have a war, a chronic trade deficit, Crimea is annexed. International partners understand this. Therefore, no claims were made against Ukraine during the period of the duty since 2016. And now official Kyiv has a confident negotiating position in the WTO,” the MP said.