TRANSIT THROUGH UKRAINE WITHIN 48 HOURS TO BE POSSIBLE WITHOUT SELF-ISOLATION, TESTING FROM SEPTEMBER 20 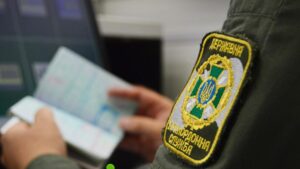 From September 20, transit through Ukraine within 48 hours will be possible without self-isolation, installation of the application “Vdoma” and testing, according to the State Border Guard Service of Ukraine.
Thus, in order to prevent the spread of acute respiratory disease COVID-19 caused by the coronavirus SARS-CoV-2 in Ukraine, the resolution of the Cabinet of Ministers of Ukraine of September 13, 2021 No. 954 amended the resolution of December 9, 2020, No.1236.
“Foreigners and stateless persons who enter Ukraine for transit and have documents confirming departure from the country within 48 hours, are released from self-isolation, installation of the application ‘Vdoma’ and testing in Ukraine,” a statement on the Facebook page of the State Border Guard Service said on Wednesday.
The agency reported that the need to have an insurance policy (certificate) issued by an insurance company registered in Ukraine, covering the costs of treatment COVID-19, observation, and is valid for the entire period of stay in Ukraine, remains unchanged for all foreign citizens and holders of a residence permit, regardless of the country of arrival to enter Ukraine.
All foreign citizens, holders of a residence permit, as well as stateless persons must have one of these documents upon arrival in Ukraine.
In particular, a document confirming the receipt of one or more doses of the vaccine against COVID-19, included by WHO in the list of permitted for use in emergencies; or a foreign COVID certificate confirming vaccination against COVID-19 with vaccines that are included by WHO in the list of permitted for use in emergencies, a negative result of testing for COVID-19 by PCR or recovery of a person from COVID-19; or a negative PCR test or rapid test for SARS-CoV-2 coronavirus antigen performed no more than 72 hours before entry.
Certificates of testing and vaccination are not required for children under 12 years of age.
“Foreign citizens over the age of 18 who have not been vaccinated against coronavirus and cross the state border for entry must have a negative test result and install a mobile application ‘Vdoma’ egardless of the length of stay in Ukraine,” the State Border Guard Service said.
Self-isolation is not used if PCR testing or rapid antigen testing is performed within 72 hours of entry and a negative result is obtained.
The decision comes into force on September 20, 2021. 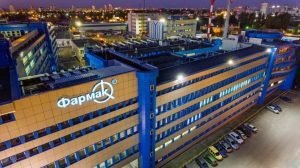 PJSC Farmak pharmaceutical company (Kyiv) will use the German scientists’ protocol of clinical trials of the antiviral medicine efficiency, produced by Farmak for coronavirus (COVID-19) treatment, the company’s press service said with reference to Chairperson of the Supervisory Board of Farmak Filya Zhebrovska.
“This medicine was tested apart from human trials and showed good results. We need to come to clinical trials and conduct them, so that in the autumn we know that this medicine is effective and it can fight COVID-19. German scientists helped us indeed. They have prepared the clinical trial protocol correctly, so that we can investigate if this medicine is working according to all necessary criteria. This is a big, hard and expensive work,” she said.
Zhebrovska said that the antiviral medicine, which efficiency against COVID-19 Farmak plans to test, is also being studied by foreign research centers.
“There are good studies on our antiviral medicine at Oxford and Frankfurt universities,” she said.
Zhebrovska said that significant financial funds are needed for the development of COVID-19 vaccines, which Ukraine and the Ukrainian pharmaceutical companies do not currently have.
“The European Investment Bank organized a consortium together with the WHO and allocated EUR 7.6 billion for the development of vaccines for COVID-19. Neither Farmak, nor Ukraine, unfortunately, have such financial capacities. Perhaps we can join to these works at some stage,” she said.
Farmak is the leader in the pharmaceutical market of Ukraine in terms of sales. It exports products to 20 countries. 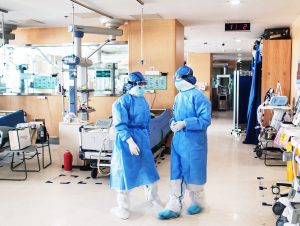 At least 46 laboratories, including private ones, are diagnosing COVID-19, the Public Health Center said on Facebook on Tuesday.
According to the report, as of April 28, some 98,719 samples were examined by PCR (polymerase chain reaction) in Ukraine.
The Public Health Center notes that persons with suspected coronavirus who had contact with a patient with confirmed COVID-19, patients with pneumonia, health workers (every five days) and patients who recovered (to withdraw a diagnosis) should be tested. 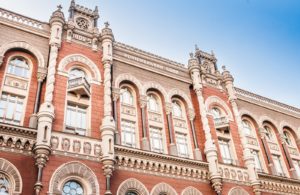 The National Bank of Ukraine (NBU) has started the second stage of the resilience assessment of banks – the asset quality review (AQR) confirmed by an external auditor and started stress testing of 29 banks, according to a survey of the banking sector posted on the website of the NBU.
According to preliminary estimates, the number of banks requiring capital injections in the baseline and negative stress test scenario will decrease compared to the previous year, the central bank said in the survey.
As the regulator recalled, by the end of 2019, banks need to form a capital conservation buffer in the amount of 0.625%. It will become mandatory for each bank from the beginning of 2020, when the first stage of the introduction of the capital conservation buffer will begin. In the future, the size of the buffer will increase gradually every year and will reach 2.5% from January 1, 2023. The formation of the corresponding buffer will ensure that banks create a stock of capital in excess of the minimum requirements. In the future, this will provide an opportunity of absorbing the possible losses that may arise in a general economic recession, without violating the capital adequacy ratio.
The NBU also announced that during the second quarter the method for determining systemically important banks will be changed and an updated list of such banks will be made public. In the future, the NBU will require them to form a buffer of system importance.
As reported, in 2019, 29 banks that account for 93% of the banking system will undergo stress testing in addition to the AQR. These 29 banks were rated as the largest ones as of November 1, 2018 by three indicators: risk-weighted assets, retail deposits, and retail loans.
The following banks will be tested: state-owned PrivatBank, Oschadbank, Ukreximbank and Ukrgasbank, private Alfa-Bank, Raiffeisen Bank Aval, FUIB, UkrSibbank, OTP Bank, Credit Agricole Bank, Pivdenny Bank, TAScombank and Kredobank. The list also includes Sberbank, ProCredit Bank, Ukrsotsbank (the results of stress testing for the bank will be assessed taking into account the dynamics of its joining Alfa-Bank), Megabank, Credit Dnipro Bank, Universal Bank, A-Bank, Prominvestbank, Idea Bank, Bank Vostok, MTB Bank, Bank of Investments and Savings, Industrial Bank, Bank Globus, International Investment Bank and Bank Forward.
According to the resilience assessment findings, the regulator will determine the required levels for the regulatory capital adequacy ratio (N2) and the common equity adequacy ratio (N3). The required level of the capital adequacy ratios will be estimated in order to ensure banks’ compliance with the minimum requirements of N2 and N3 according to the baseline scenario (10% and 7%, respectively) and less strict requirements to the said ratios under the adverse scenario (5% and 3.5%, respectively) throughout the entire forecast period.
In 2018, the NBU has launched resilience assessment of banks that includes stress testing a list of banks defined by the NBU. 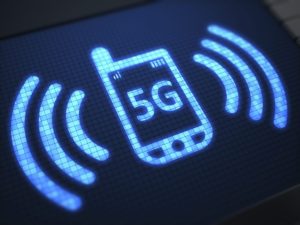 Kyivstar, the leading Ukrainian mobile operator, has announced the demonstration of a base station for 5G networks and equipment testing, which allows increasing the capacity of one LTE cell by 6.5 times.
“After the certification and registration of new equipment in Ukraine is completed, the company will implement it in places with high concentration of mobile traffic, for example, stadiums, concert venues, and places of public events,” the report says.
According to the report, the base station is equipped with the new Massive MIMO technology (a multipath active antenna system), a key technology for 5G communications networks. The station is installed for testing in the Kyivstar network in the Kyiv Polytechnic Institute (KPI).
The company explained that this base station uses a built-in antenna with 32 transceivers, which operate simultaneously, which allows generating multiple digital streams and multiplying the capacity of the base station.
Kyivstar noted that in March 2019 its subscribers used more mobile Internet (45 Petabytes) than in the whole of 2016, and in the period from 2015 to 2018 the volume of data traffic in the Kyivstar network increased by 1,500%