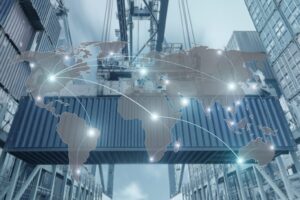 Ukraine expects zero rates for the export of goods to the UK to be set from June, First Deputy Prime Minister and Economy Minister Yulia Svyrydenko said after a meeting with British Secretary of State for International Trade Anne-Marie Trevelyan.
“We expect that already in early June, zero customs rates for the export of Ukrainian goods to the UK will begin to operate. This will allow Ukrainian exporters to increase the export of products,” the ministry’s press service quoted Svyrydenko as saying in a Telegram message on Friday.
“First of all, we are talking about such goods as flour, grain, dairy products, poultry meat and semi-finished products, honey, corn, sugar. As a result, we will attract additional volumes of foreign exchange earnings to the country, which will have a positive impact on macro-financial stability in the state,” the first deputy prime minister said.
During the meeting, the parties also discussed the situation with trade between the countries. In 2021, it has grown by 40%.
“In 2022, we can expect significant progress even despite the war,” the Ministry of Economy noted.
The Minister of Economy of Ukraine and the British Secretary of State for International Trade also discussed the possibility of British investments in Ukraine. Last year they reached $3 billion.