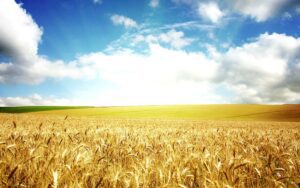 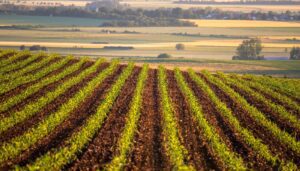 KSG Agro agricultural holding in January-September 2021 increased its net profit 3.6 times compared to January-September 2020, to $17.28 million, EBITDA increased by 10%, to $7.35 million.According to a report of the holding on the website of the Warsaw Stock Exchange on Monday, its revenue for the specified period increased by 43%, to $20.94 million.KSG Agro for the reporting period increased its gross profit by 8%, to $ 7.3 million, and operating profit – by 11%, to $6.15 million.In addition, the group of companies received $1.2 million in net profit due to the difference in exchange rates, while in January-September 2020 this factor generated $1.9 million in net loss.“As of December 31, 2020, the total amount of bank loans in foreign currency was $12.2 million. To mitigate foreign exchange risks, the management organized a change in foreign currency loans from TAScombank by switching from a fixed interest rate to a variable rate,” the group said in a statement.According to the report, the working capital of the agricultural producer as of September 30 this year increased by 6 times compared to September 30, 2020, from $1.1 million to $6 million.Over nine months of this year, the agricultural holding reduced profit in the crop segment by 21% compared to January-September 2021, to $5.37 million, while in the livestock segment it increased 2.5 times, to $1.47 million. In the segment “other operations” (production of fuel pellets and thermal energy), KSG Agro received $460,000 in net profit versus $430,000 in net loss over the same period in 2020.As of November 5, 2021, the agricultural holding harvested 30,550 tonnes of wheat; 19,550 tonnes of sunflower seeds; 8,561 tonnes of barley; 7,758 tonnes of corn and 760 tonnes of rapeseed.According to the report, the number of sows at KSG Agro in January-September 2021 increased by 8.7%, to 5,870. At the same time, the total number of animals (pigs and piglets) for the specified period decreased by 0.6%, to 41,130.“In 2021, the group of companies began a project to gradually renew the sow population in Ukraine in order to increase the birth rate of piglets. To this end, it works with the Canadian genetic company Genesus. In September 2021, the group has already received the first batch of sows from Genesus,” the agricultural holding said in the report.The group of companies over nine months of 2021 increased pork sales by a quarter compared to January-September 2020, in dollar terms, sales amounted to $3.13 million.The vertically integrated holding KSG Agro is engaged in pig breeding, as well as in production, storage, processing and sale of grain and oilseeds. Its land bank is about 21,000 hectares.According to the agricultural holding itself, it is one of the top five pork producers in Ukraine.