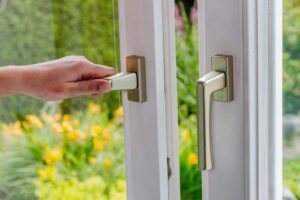 The Interdepartmental Commission on International Trade (ICMT) decided to introduce final anti-dumping duties on imports to Ukraine of swing-out mechanisms for window and balcony door units originating from Turkey for a period of five years in the amount of 30.78% for two manufacturers and 35.1% – for everyone else.
The ICMT made a corresponding decision at a meeting on April 23, the duties will come into force 30 days after the publication of the decision, the Uriadovy Kurier nrewspaper said on Thursday.
The Commission initiated an investigation into window and door fittings from Turkey in February last year at the initiative of Axor Industry LLC, a reduced duty of 30.8% will be applied to Ileri Pencere Kapi Sistemleri Sanayi and Ileri Pencere Kapi Sistemleri Sanayi.
According to the document, the deliveries of products were studied in 2017-2019, and they were investigated for 2019. During the study, the applicant’s sales volumes in the domestic market decreased by 12.9%, and their profitability – by 47.1%.
“There is a likelihood of a significant increase in dumping imports of goods originating from the Republic of Turkey, which threatens to cause significant harm to the national producer. Dumping imports of goods to Ukraine (…) were carried out at prices that were lower than the sale prices and the cost of such goods of the national producer in the domestic market of Ukraine,” the publication says.
More precise name of the taxable product sounds like “fasteners, fittings and similar products (except for window and/or balcony door handles with a key and/or without a key), of base metals for use in windows and/or balcony door blocks with a pivot and a swing-out mortar, classified according to UKTZED code 8302 41 50 10 made in the Republic of Turkey.”
According to the State Statistics Service, imports of fittings under the broader code 8302 41 50 from Turkey in January-March 2021 amounted to 0.760 tonnes for $2.01 million, while there was no export to this country. In general, during the specified period, Ukraine imported such goods for $5.89 million, exported – for $3.91 million.