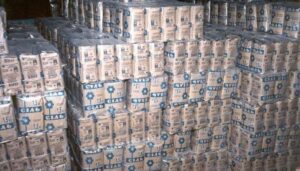 The state-owned enterprise Artyomsol (Donetsk region) in January-March 2021 increased its net profit 5-fold compared to January-March 2020, to UAH 10.1 million, the enterprise has said on its website on Tuesday.
The net income of the enterprise for the first quarter of 2021 increased almost 1.5-fold compared to the same period in 2020, to UAH 437.5 million.
The growth of financial and economic indicators is explained by the increase in production volumes: in the first quarter, production increased 2.5-fold, to 503,300 tonnes.
The plans for 2021 are to invest UAH 250 million in replacing outdated filling equipment, and to update the range of products.
Artyomsol is one of the largest enterprises for the extraction and sale of sodium chloride (NaCl) in Central and Eastern Europe. The production facilities of Artyomsol are located in Soledar, Donetsk region.

STATE-OWNED ARTYOMSOL PLANS TO INCREASE CAPITAL INVESTMENTS BY 3.8 TIMES IN 2021 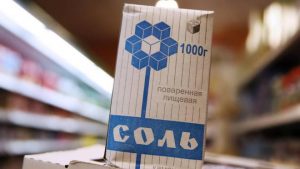 The state-owned enterprise Artyomsol in 2020 reduced salt production by 41%, to 1.18 million tonnes, which is associated with weather conditions, quarantine and increased competition in world markets, the company said in a press release on Tuesday.
According to it, Artyomsol produced 762,200 tonnes of ground salt used for sprinkling roads without packaging, which is half as much as in 2019, and this is associated with a warm winter in Ukraine and far abroad. According to the state-owned enterprise, the production of packaged salt increased by 3.6%, to 186,400 tonnes, whiles the production of iodized salt decreased by 6.6%, to 53,200 tonnes.
Salt packed in bags (10 kg, 20 kg and 50 kg) was produced in 2020 by 27.6% less only 147,600 tonnes, production of salt packed in flexible intermediate bulk containers reduced by one third, to 51,000 tonnes.
The output of salt briquettes over the year, according to a press release, decreased by 6.7% , to 11,200 tonnes, while salt blocks increased by 17%, to 3,400 tonnes.
The state-owned enterprise indicated that in 2020 the enterprise shipped its products to 15 countries of the world. The main importers of its products are Hungary, Poland, Slovakia, Romania and Belarus. More than 70% of the products were sent to the Ukrainian market.
According to the enterprise, at the end of 2020, there was a tendency to increase production volumes of the entire range.
“We have started a program of ‘rehabilitation’ of the enterprise, which includes a set of rapid measures to improve production efficiency and social support for workers. In 2021, we plan to increase investments in renovation and modernization of production to UAH 250 million, while in 2020 the volume of capital investments amounted to UAH 66 million,” Acting Director of Artyomsol Victoria Lutsenko said.
Artyomsol is one of the largest enterprises for the extraction and sale of sodium chloride (NaCl) in Central and Eastern Europe. The production facilities of Artyomsol are located in Soledar, Donetsk region. 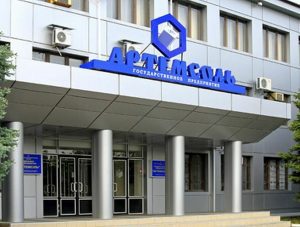 The state enterprise Artyomsol (Donetsk region) in January-November 2020 produced more than 1.03 million tonnes of salt, which is 43.8% less than in the same period last year, the company has told Interfax-Ukraine.
According to a statement on the website of the state-owned enterprise, in November 2020 Artyomsol produced 132,900 tonnes of salt, the highest figure in the 11 months of this year.
“Now we are in a difficult situation, a number of problems have been accumulating at the enterprise for years. In addition to external factors, Artyomsol was burdened with unfavorable and dubious contracts. We are reviewing our contractual relations and applying the principle of openness. A contract campaign has been announced on our website, everyone can apply for the intention to cooperate. Unfortunately, not all partners with whom we have completed cooperation on contracts agree with this decision,” head of the enterprise Viktoria Lutsenko said.
She also pointed out that the enterprise is developing a comprehensive anti-crisis program, which includes increasing the profitability of the enterprise, modernizing production, raising workers’ wages.
Artyomsol is one of the largest enterprises for the extraction and sale of sodium chloride (NaCl) in Central and Eastern Europe. The production facilities of Artyomsol are located in Soledar, Donetsk region. The company exports its products to 15 countries of the world.

State-owned enterprise Artyomsol (Donetsk region) produced over 1.48 million tonnes of salt in January-September, which is 2.6% more than a year ago.
According to the report on the website of the state-owned enterprise, from the beginning of the year, Artyomsol produced 338,500 tonnes of bulk milled salt, which is 20.7% higher than in January-September 2018.
The output of salt packaged in flexible containers increased 13%, to 49,300 tonnes, salt blocks – by 15%, to 2,300 tonnes.
At the same time, according to the information of the SOE for the first nine months of this year, the production of packaged salt decreased by 8.9%, to 134,700 tonnes. Production of salt packed in bags was less than 4.9%, salt briquettes – 18.7% compared with the same period a year earlier. In addition, iodized salt production was 13.1% less (only 41,700 tonnes).
The state-owned enterprise said that 763,100 tonnes of salt were shipped to foreign consumers in January-September 2019, which is 8% more compared to the same period in 2018.
Hungary, Poland, Slovakia, and Romania remain the main importers of Artyomsol products.
“The results of the enterprise’s work were significantly affected by the steadily increasing cost of transportation of goods by rail by Ukrzaliznytsia. This factor reduces the competitiveness of salt of the Ukrainian producer,” the company said.
Artyomsol is the largest enterprise for extraction and sale of sodium chloride (NaCl) in Central and Eastern Europe. Its production facilities are located in Soledar (Donetsk region). The company exports products to 15 countries.