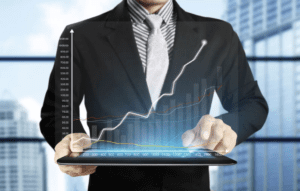 During martial law, businesses can carry out economic activities on a declarative basis without obtaining the conclusion of the State Food and Consumer Service.
This was announced by the European Business Association (EBA), referring to the official response of the State Food and Consumer Service to the request of the EBA.
“This week, the Association received an official letter from the State Food and Consumer Service, which states that business entities can carry out economic activities under martial law on a declarative basis by submitting a declaration on the production of economic activities to the Ministry of Economy of Ukraine without obtaining a conclusion,” the EBA reports.
In addition, the State Food and Consumer Service confirmed that the period of validity of permits, including its conclusions, is automatically extended for the period of martial law.
The EBA notes that the introduction of martial law and hostilities on the territory of the state have significantly complicated, and in some places made it impossible for entrepreneurs to obtain a number of permits.
We are talking, for example, about the conclusions of the state sanitary and epidemiological expertise, the receipt of which was a necessary condition for the sale of many types of goods, including critical ones for consumers, such as hygiene products, baby food, detergents, cosmetics, certain food products, and equipment. , others. 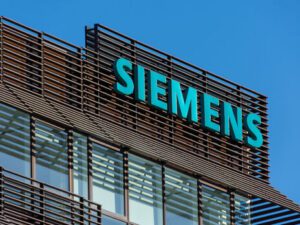 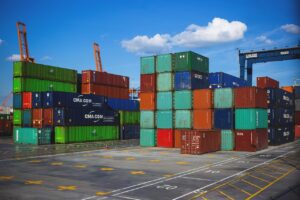 A situation at the customs has somewhat improved, the volume of customs clearance of goods by businesses is increasing, Minister of Finance of Ukraine Serhiy Marchenko has said.
“Compared to March, customs added a little: in March, the drawdown of customs revenues was 80%, now it is about 75%. There are some improvements. Taking into account the current benefits for customs clearance of imports, we can say that the situation has improved somewhat and business is increasing the volume of goods cleared,” the minister said in an interview with Interfax-Ukraine, adding that the data require a deeper analysis.
According to him, customs revenues to the budget amounted to UAH 8.3 billion in April, while tax revenues almost reached UAH 45 billion, and another UAH 22 billion went to the budget as grant assistance.

NUMBER OF BUYERS OF MILITARY BONDS AMONG POPULATION AND BUSINESS INCREASES TO 1.7 THOUSAND LAST WEEK 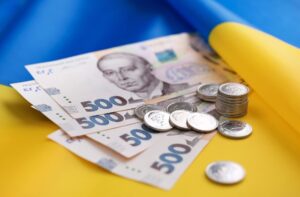 The number of buyers of domestic government bonds (OVGZ) among the population and businesses increased to 1.7 thousand last week from 1.5 thousand a week earlier.
As reported on the website of the National Bank of Ukraine (NBU) on Monday, citing data from the depository, the purchase amounted to about UAH 0.3 billion, $24 million and EUR3.2 million, compared to about UAH 0.3 billion, $1.4 million, respectively. and EUR0.1 million the week before last.
“As of April 25, more than 9.1 thousand citizens and business representatives of Ukraine became owners of military government bonds in the amount of about UAH 5.8 billion, $36 million and EUR25.2 million,” the National Bank said.
The regulator recalled that since the placement of military government bonds on March 1 at 20 primary auctions, the Ministry of Finance was able to attract about UAH 36.6 billion, $93.8 million and EUR176.5 million to the state budget.
“The largest portfolio of military government bonds is still concentrated among primary dealer banks,” the NBU specified.
According to him, the volume of investments by non-residents has remained stable over the past few weeks – more than UAH 50 million.
As reported, the total volume of issuance of military bonds is up to UAH 400 billion. They can be bought by the National Bank, which has already purchased these securities under a separate procedure for UAH 60 billion, including UAH 20 billion last week and the week before last.
The nominal rate on hryvnia government bonds is 10-11% per annum, on dollars – 3.7%, on euros – 2.5%. The term of circulation is up to 15 months. 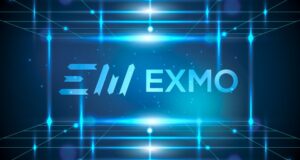 The EXMO cryptocurrency exchange has sold part of its digital assets business in Russia, Belarus and Kazakhstan, the exchange said on Tuesday.
According to the exchange, EXMO announced the transfer of part of the business to Russian owners and the termination of work with the markets of Russia, Belarus and Kazakhstan, after Russia invaded the territory of Ukraine and started a full-scale war.
The company said that this was done in order to continue to fulfill obligations to customers and stakeholders, as well as to ensure a high level of protection and security.
“It’s been a tough decision for us, since we have spent over eight years building a strong community of crypto enthusiasts throughout the world, adhering to the highest compliance practices and delivering outstanding services to all our clients wherever they lived. However, following Russia’s invasion of Ukraine, EXMO.com as a global group wishes to avoid risking our global expansion plans by operating in such high risk markets,” CEO of the crypto exchange Serhiy Zhdanov said, commenting on the situation.
Kazakhstan clients were also included as a part of the deal, since a new team is based in Kazakhstan. The new owner of the Russian, Belarusian and Kazakh digital assets exchange business is the owner of a Russian based software development company, which was one of the vendors to provide engineering services to EXMO during the last three years.
EXMO.com user agreement was recently amended to state that Russian, Belarusian and Kazakh residents are no longer being onboarded. Russian Rubles pairs were disabled since April 15, 2022 on EXMO.com.
Earlier, the EXMO cryptocurrency exchange created the Save Ukraine Relief Fund to raise funds to help Ukrainian citizens affected by the war.
EXMO’s own contribution amounted to $1 million and has so far collected $594,000 through crypto contributions from exchange users.
EXMO is an international cryptocurrency exchange founded in 2014. The platform provides cryptocurrency trading and storage opportunities for more than 2 million traders from all over the world. 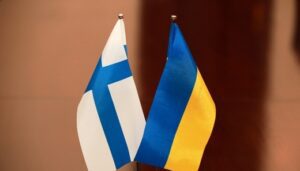 The war in Ukraine has dramatically changed the geopolitical landscape in Europe. Ruukki Construction fully condemns Russia’s attack and the hostility towards Ukraine and its people.
Safety of our employees, customers and partners is of the highest importance at Ruukki. All of Ruukki’s operations in Ukraine have been suspended and all shipments and sales to Russia and Belarus have been discontinued. For some time, this will also affect the delivery capabilities of some product groups.
Our thoughts are with the people of Ukraine and our colleagues, customers and partners, who are in the middle of the war. Ruukki and our employees in various countries help our Ukrainian colleagues and their families by providing financial support and resettlement assistance. We are grateful to all those who work tirelessly to help the people of Ukraine.
SSAB supports Ukraine through UNHCR
As part of SSAB, Ruukki is donating to UNHCR, the UN High Commissioner for Refugees to support the people in Ukraine. UNHCR is present in the country with a structure already set up and has vast experience in rapid response, relief and refugee assistance, including people fleeing inside Ukraine.
Ruukki is constantly monitoring the development of the situation and taking any necessary actions to secure the safety of its people.
Ruukki has a factory in Kopyliv, some 50 kilometers west from Kyiv, and sales offices in some ten locations in Ukraine. Altogether, Ruukki has 73 employees in Ukraine.
In Ukraine, Ruukki products for commercial construction are represented by Rauta. Rauta Group was set up in 2014. Its core business is the design of constructions, supply and assembly of construction materials. The company has a license for the construction of facilities with medium (CC2) and high (CC3) consequences.
According to the unified state register, the owner of a 100% stake in the statutory capital of the company is Andriy Ozeychuk.