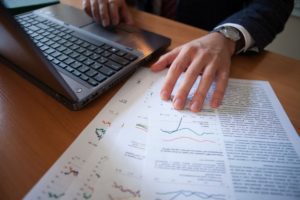 The accession of the Ukrainian market to the network of the Clearstream international depositary is a very important step for the infrastructure, ensuring long-term prospects for the capital market in Ukraine, and the National Bank (NBU) intends to further actively develop the market infrastructure, as it considers it to be its area of responsibility, Deputy Governor of the NBU Oleg Churiy has stated.
“[Joining Clearstream] is the most important reform in the capital market over the past five years. It will provide an opportunity to more actively attract funds from non-residents,” he told the Interfax-Ukraine news agency on the sidelines of the Sweden-Ukraine Business Forum held in Kyiv.
Commenting on the opinion that such a simplification of entry/exit of non-residents to the Ukrainian market threatens with the outflow of their funds, Churiy noted that “only one-third of the short-term money of non-residents [are invested in government domestic loan bonds] maturing this year, while two-thirds [are invested in those maturing] next year.”
The banker added that often non-residents invest these funds in new government bonds, therefore this does not mean that they will leave immediately after the bonds are redeemed.
At the same time, Churiy stressed it is necessary to do a lot more for the development of Ukraine’s capital market, and the National Bank intends to actively participate in this process.